A Possible EU Coalition of the Willing on Refugees

The March 7 European Council meeting with Turkey will seek to move ahead with common European border controls, improve the registration system, and further develop the refugee resettlement system within the EU.  The EU also hopes to agree with Turkey on border controls and the return of refugees to Turkey. 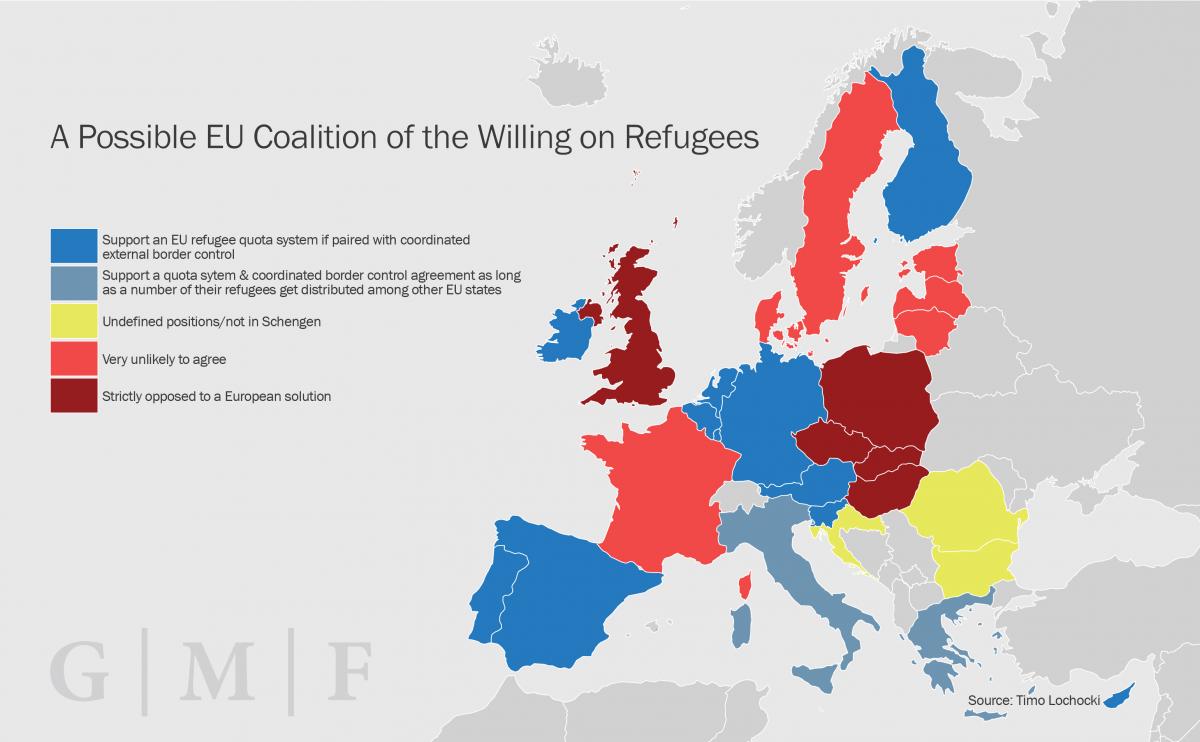 Although the EU is regularly portrayed as being fundamentally split over how to manage the migration crisis, an agreement on core issues among some European member states seems possible, as a close look at the positions of the 28 governments shows (depicted in the map above). While a unanimous compromise position does not look likely, a number of governments seem to be willing to move ahead with a joint European approach. Germany, Finland, the Netherlands, Belgium, Luxembourg, Austria, Slovenia, Portugal and Spain support an encompassing a European solution. Italy and Greece agree on that scheme as well, but will want refugees on their territory to be resettled to other member states.  Meanwhile, Poland, the Czech Republic, Slovakia and Hungary (the Visegrad group) and the United Kingdom oppose a coordinated effort that would combine an EU quota system and EU border controls. Significant resistance against any additional resettlement beyond the 160,000 that the existing EU plan has outlined can be found in Estonia, Latvia, Lithuania, Sweden, Denmark and France.