Integration Via Affordable Housing: Similarities and Differences Between Amsterdam and the San Francisco Bay Area (Part 1)

I arrived in Amsterdam this past Monday.

The homeless gentleman selling a Dutch version of “Street Sheet” (a street newspaper focusing on issues such as housing and poverty and the problems of homeless people in general) was wearing a special vest, had visible identification, and disappeared before I could purchase a paper. He has been the only Street Sheet vendor I have witnessed since then. I am not used to Street Sheet vendors wearing uniforms and am ambivalent about the implications of standing out so visibly.

The streets of Amsterdam are remarkably dense yet comfortable, underscoring the Netherlands’ sophisticated urban design reputation. Street names are impossibly long and challenging to spell. The place where I am staying is numbered 689 to the Roman numeral four (IV). The IV represents the floor of the building. Another observation is that under no circumstances should one trust Google Maps with mass transit information in the Netherlands. I trust Google Maps implicitly in both the San Francisco Bay Area and I am told it is impeccable in London, England; however, I will never again peruse it for the Netherlands. I have also discovered reliable wifi cannot be taken for granted.

I am in Amsterdam to learn how the Dutch fund services in their affordable housing that also houses people who are homeless and people with special needs. I am here because of frustration with the fundamental policy disconnect in the San Francisco Bay Area between a capital funding delivery system that incentivizes housing for homeless people with special needs with an incompatible services funding delivery system. As an affordable housing developer for the past 20 years, I can attest to strategies for structuring permanent supportive housing deals. In Amsterdam, I am studying how the two funding delivery systems move beyond strategies and are made compatible.

So far I have met with an insurance carrier, a high-level City of Amsterdam real estate director, and a Housing First homeless services provider, among others. I am learning that the Dutch service delivery system is nimble because the way services are provided to medically fragile people is largely based on “thuiszorg,” or home care. This means that medically fragile households (such as seniors or people with mental health disabilities and people that are homeless) can receive services based on their needs at their place of residence. When the person stabilizes and the need for services diminishes, so does the level of care and therefore the cost. 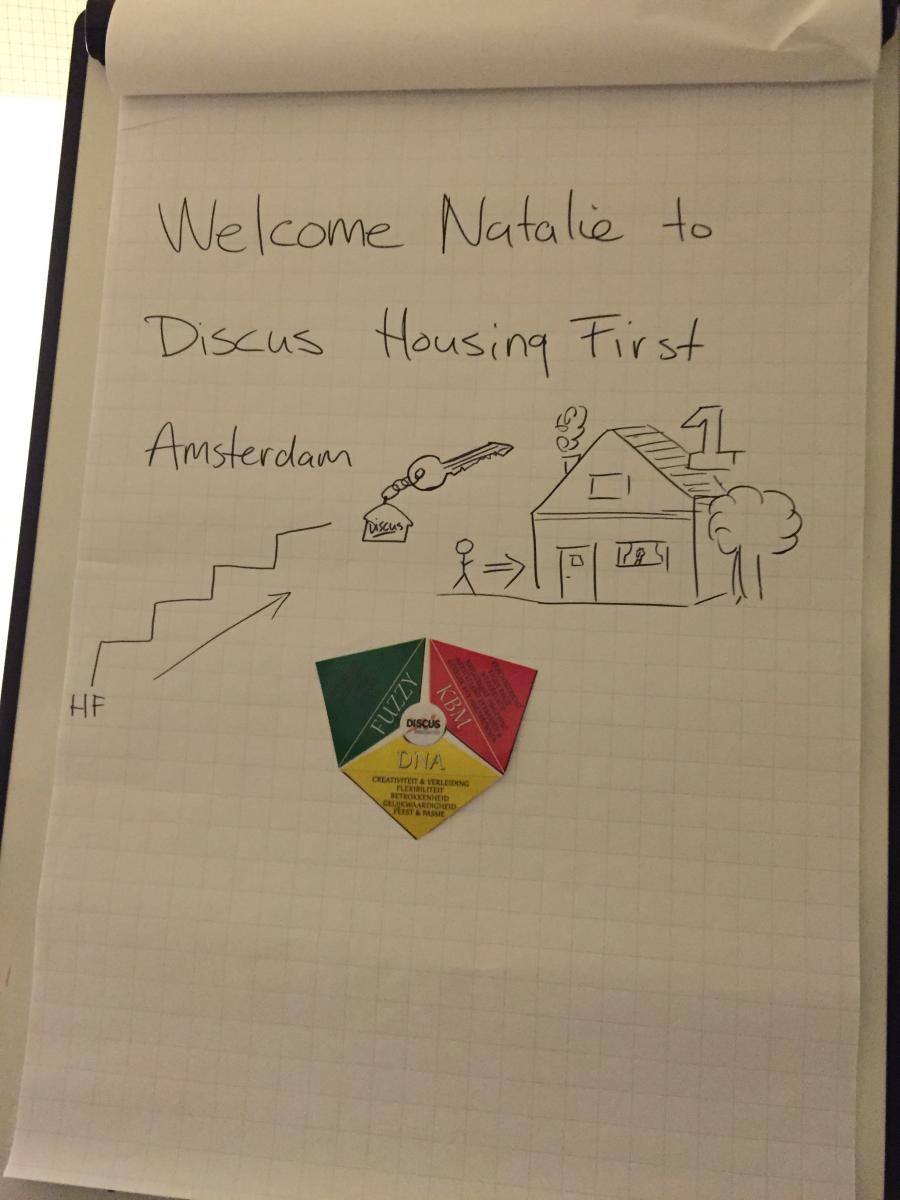 I have also learned that the City of Amsterdam owns 90 percent of the land. 60 percent of the housing stock is owned and managed by Woning Corporaties (non-profit housing developers), though not all units are managed as affordable housing and the Woning Corporaties are in the process of selling off some units. Amsterdam, unlike other cities in the Netherlands, is truly integrated in part because the City owns the vast majority of the land. It is also due in part to the fact that once a household increases their income, there is no requirement to exit the unit. Housing for homeless people is scattered throughout all the affordable units. Because of these policies, Amsterdam is remarkably integrated for people of all incomes and abilities, living side by side. Other cities in the Netherlands that own less land and have fewer affordable units are not nearly as integrated. 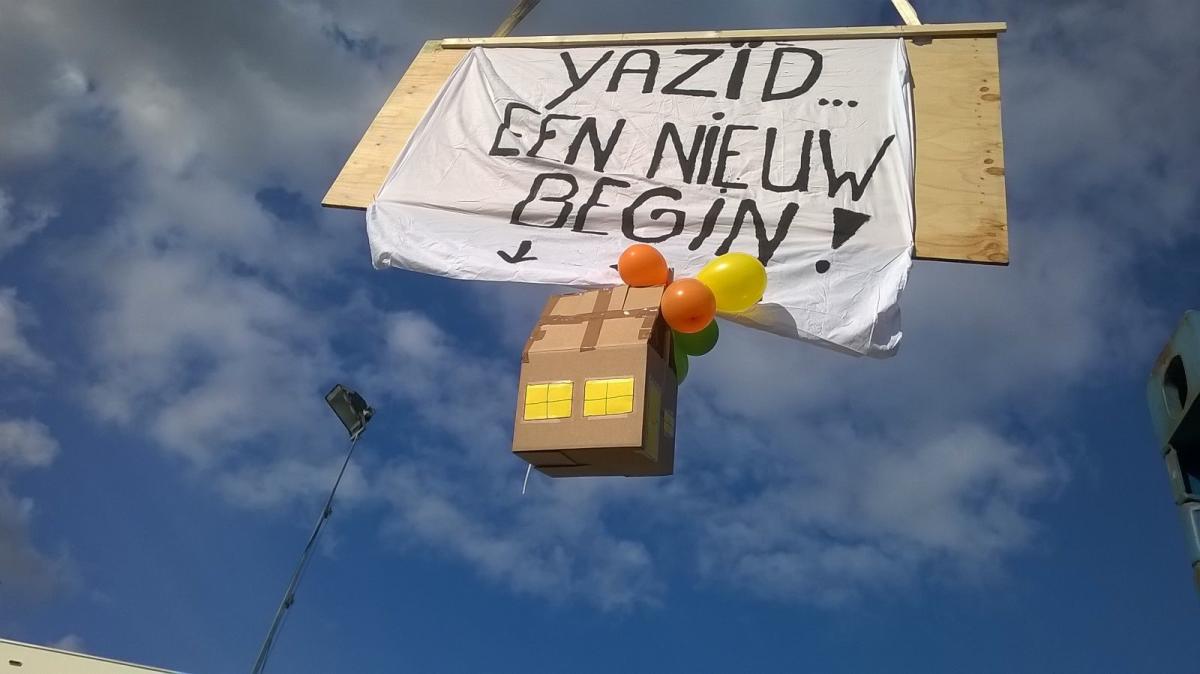 Amsterdam’s integration is supported by the Dutch health insurance system. The relationship between housing integration and insurance is critical for me to understand better because of the new funding opportunities for homeless services that was created in the United States with the passage of the Affordable Care Act (Obamacare). Both systems now require that all must be insured. I am learning from the Dutch how mandatory insurance is used to provide services to homeless and medically fragile households in their affordable housing. My goal is to apply what I learn from the Dutch (and later Danish) to fund services in affordable housing in the United States so that funds are available to ensure that homeless and medically fragile people are able to successfully retain their housing. Stay tuned for more posts from my research.

Pictured Above: The block with a unit where a previously homless individual was placed

Natalie Bonnewit, principal with Bonnewit Development Services and specializing in affordable and supportive housing development, is studying how affordable housing development can include services for marginalized populations as a 2015-2016 Urban and Regional Policy Fellow. She will travel to Amsterdam and Copenhagen and apply her fellowship experience to her work with numerous governments, developers, service providers, and healthcare companies throughout the San Francisco Bay Area. This is the first of several blog posts from Natalie.