Rebuilding the Brussels Brand after Molenbeek

Two years ago, as part of the Urban and Regional Policy Program’s Transatlantic Cities Network, GMF visited Brussels for a program to explore some of what makes this European capital so fascinating: its diversity, complex governance, gastronomy, and more. Since World War II the city has become a de facto capital for the European Union and for international politics, and as the group saw, this has created a complicated but fascinating tension between the European community and the rest of the city. Next weekend, Brussels will also be the background for GMF’s Brussels Forum.

Recently, however, the city has been in the spotlight for what many see as all the wrong reasons: terror alerts and lockdowns. After the November 2015 attacks in Paris, Belgium imposed a terrorist lockdown in Brussels, shutting the city down for several days after some reports that at least one of the perpetrators of the Paris attacks was hiding in the city’s Molenbeek neighborhood. The shutdown cost the country hundreds of millions of Euros, but more significantly, unfairly tarnished the image of the city on the international stage. From the outside, it’s easy to stereotype the city as a hotbed for extremism and social divisiveness and conflate a complicated security picture with the city and its people as a whole.

Since the terror attacks in Paris and the resulting security response in Brussels, the city has launched an aggressive marketing campaign in an effort to battle some of the negative perceptions of the city. This includes this quirky video and associated social media campaign called “Call Brussels” intended to battle the media perception linking Brussels entirely to “guns, bombs, or terrorists.”  Another video highlights the different assets that the city has to offer. As a recent visit.brussels  fact sheet claimed: “Since the events in Paris last November, the international media has sometimes painted an alarmist picture of Brussels. In reality, the mood of the city has not changed and Brussels remains as it always has been – a calm and peaceful place.” 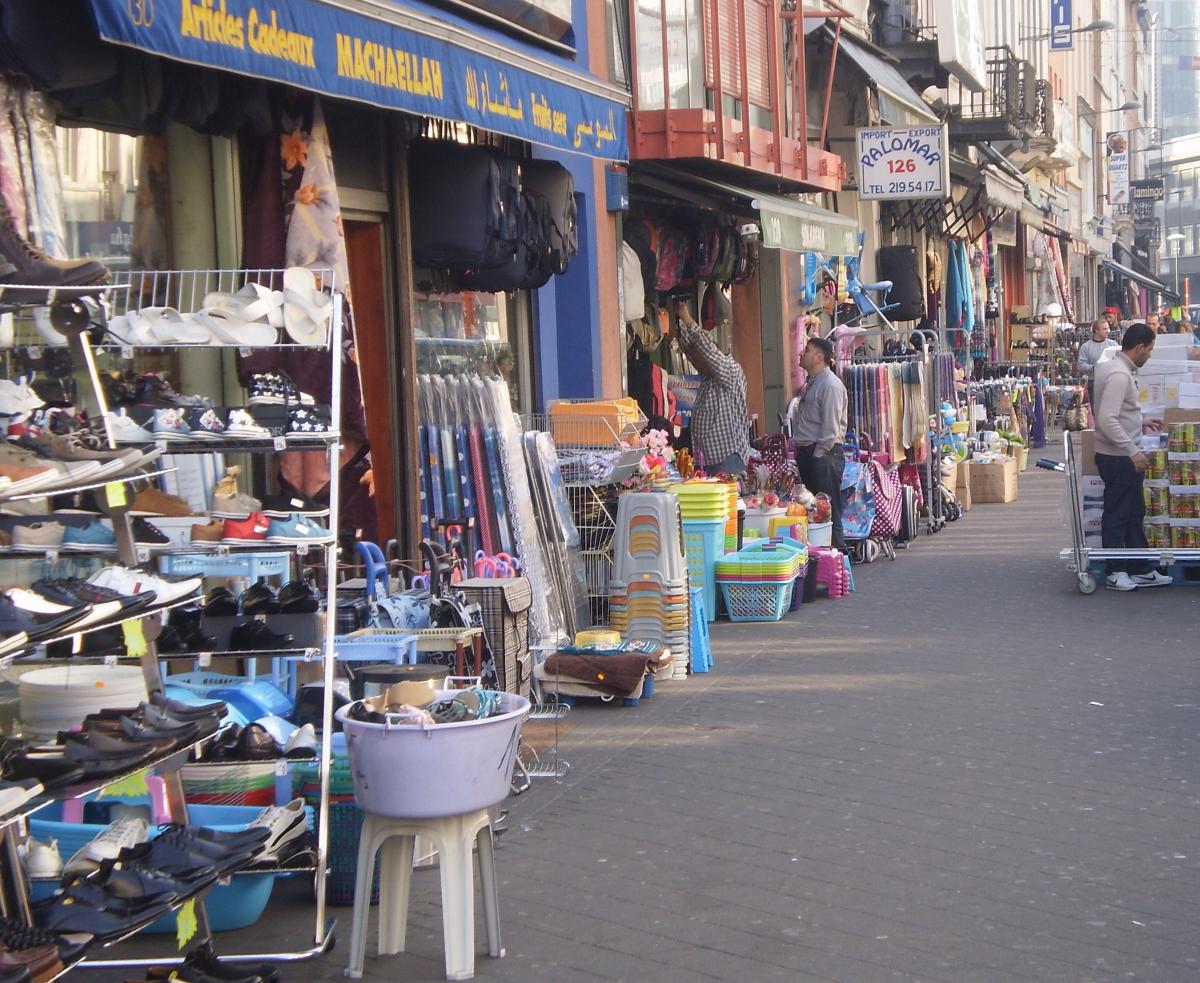 The Vibrant Rue Brabant in the City's Schaarbeek Neighborhood

These videos and the associated media campaign reflect some the city’s human capital assets and the fact that Brussels is emerging as a creative hub for gastronomy, architecture, and design. Even without taking into account the city’s political institutions, Brussels is indeed a global capital with a linguistic and ethnic diversity (almost half of the city’s residents are of non-Belgian origin) that few other European cities can claim. It is also the setting for a number of ambitious urban development schemes that attempt to allow the city to accommodate more residents (a need that mirrors its emergence as a European capital) and to better integrate its burgeoning European Quarter with the fabric of the rest of the city.  And its many majority-migrant neighborhoods are also a showcase for community-led approaches to economic development and inclusion—an on-the-ground reality that counters more alarmist narratives of the city’s migrant neighborhoods.

What has happened in Brussels over the course of the past six months underscores how easy it is for the media to stereotype an entire city. More than a call to assure potential visitors that the city is still safe, Brussels’ media campaign highlights how Brussels has opened itself up to the European community, and like many other cities its size, it has a lot more to offer than what might initially meet the eye.