Study Tour on Refugee and Migration Crisis to Athens & Lesvos: A Photo Essay 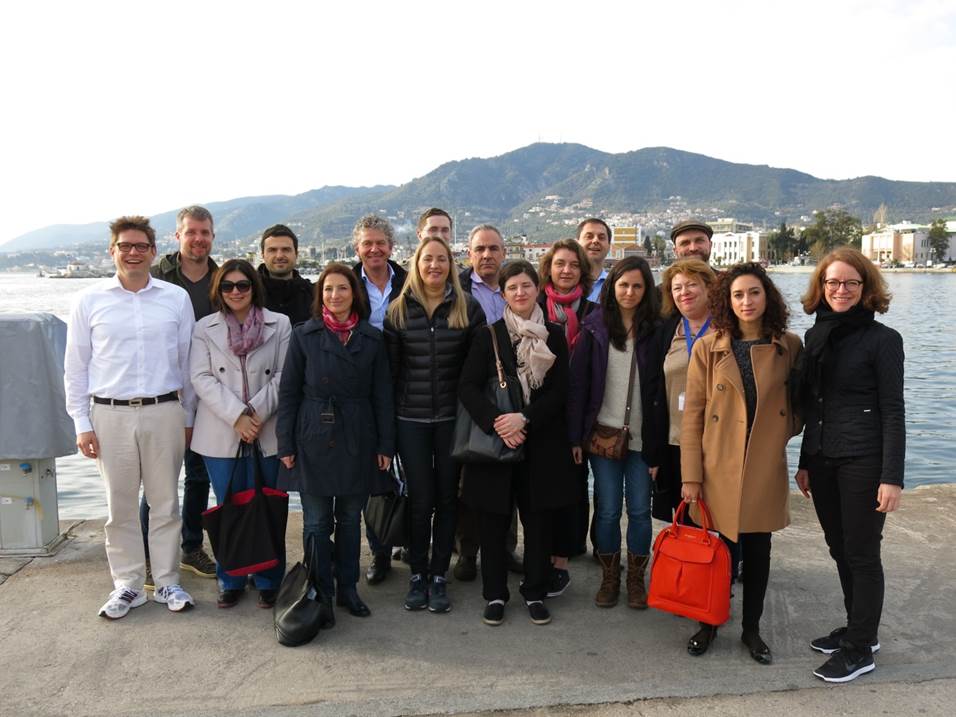 Nine members of national parliaments from Estonia, Germany, Greece, Hungary, Ireland, the Netherlands, Slovenia and Spain together with seven think tank experts from ELIAMEP (Greece),  IAI (Italy) and GMF and Stiftung Mercator (Germany) went on a study-tour to a number of refugee registration centers, shelters and camps in Athens and Lesvos on March 7-9, 2016. The idea for these on-site visits was created by the national MPs themselves at the first Mercator European Dialogue in fall 2015. 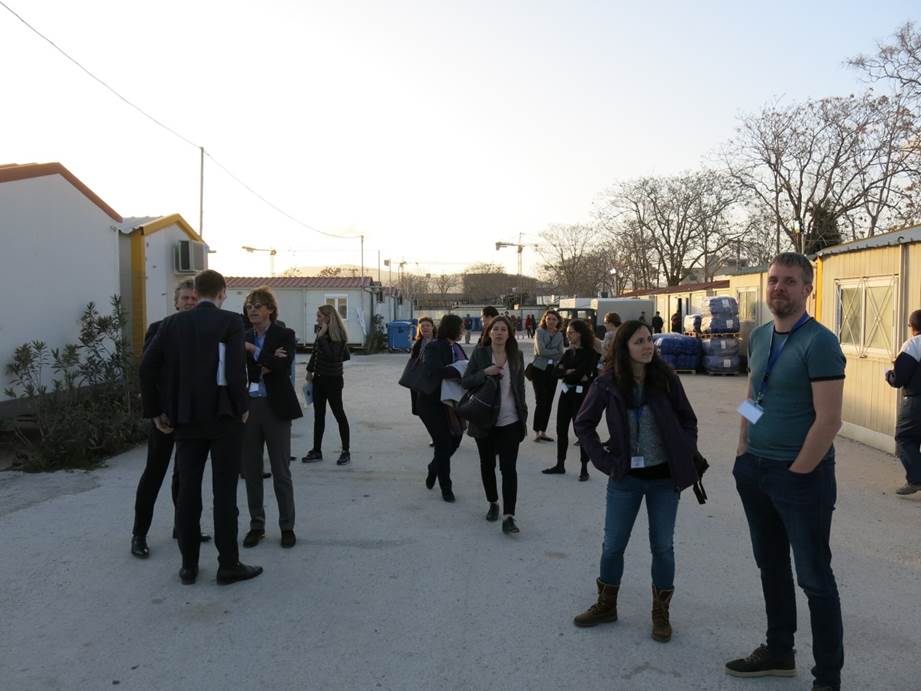 On-site visit to the Eleonas refugee camp, the only official refugee camp in the Athens municipality. It is home to approximately 900 refugees, especially families, women, and children. The average stay of the refugees was 2-3 days before they travelled onward. Eleonas seemed very well run.  Mr. Lefteris Papayannakis, President of the Migrant's Integration Council and member of the Municipal Council of Athens, shared with us how the City of Athens in dealing with the refugee crisis. 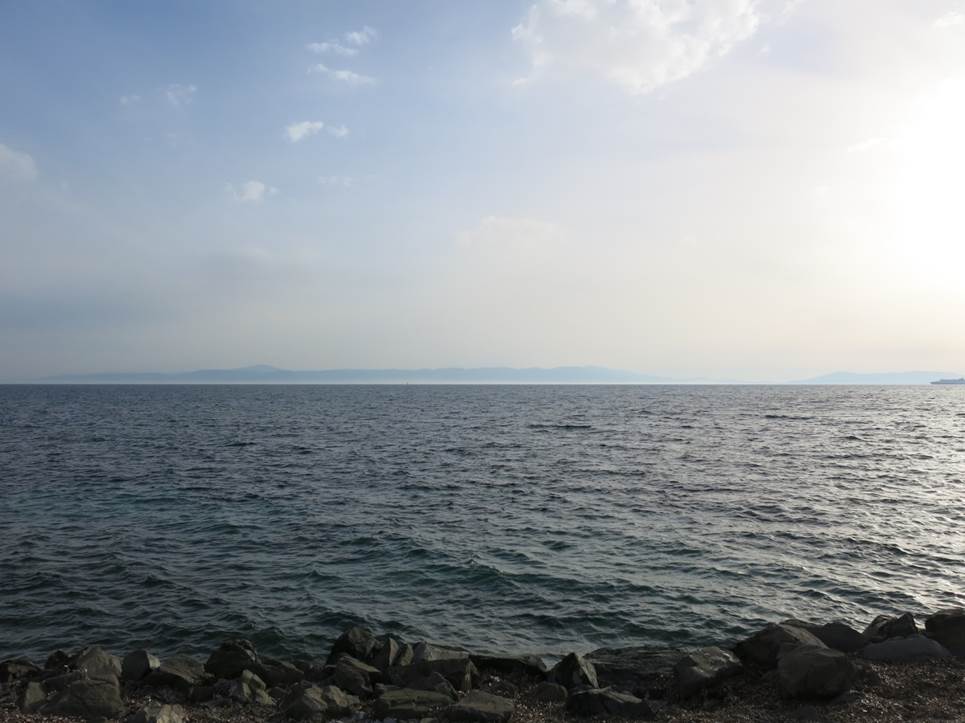 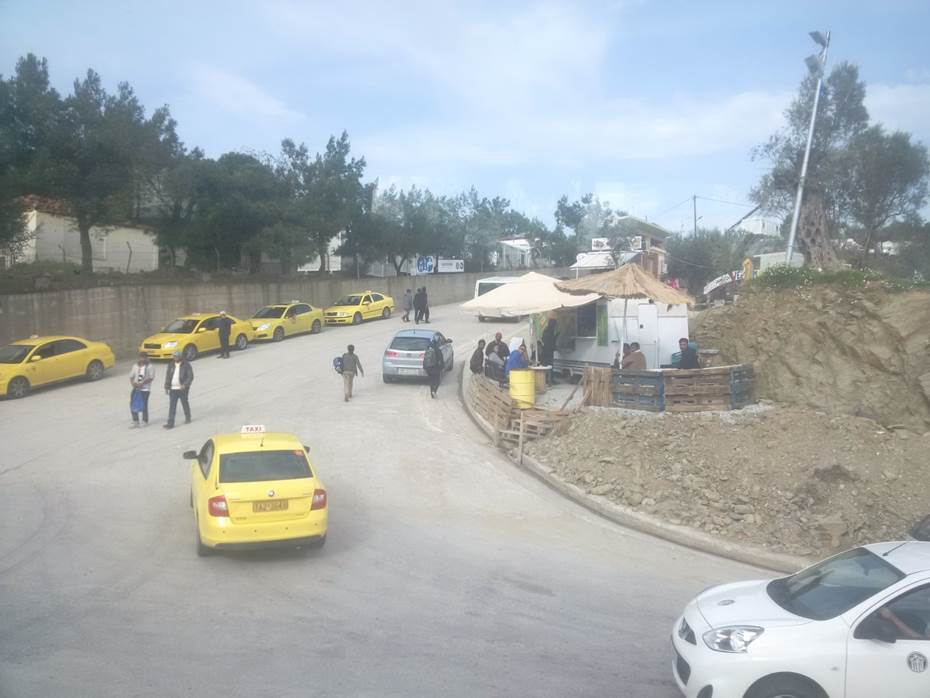 This is the driveway to the Moria hotspot. Behind the food truck in the center there is the entrance to the informal Moria camp. Taxis waiting for customers while others have tea or a snack at the food truck. Displays are in Greek, English, and Arab.

Grafitti outside the Moria hotspot 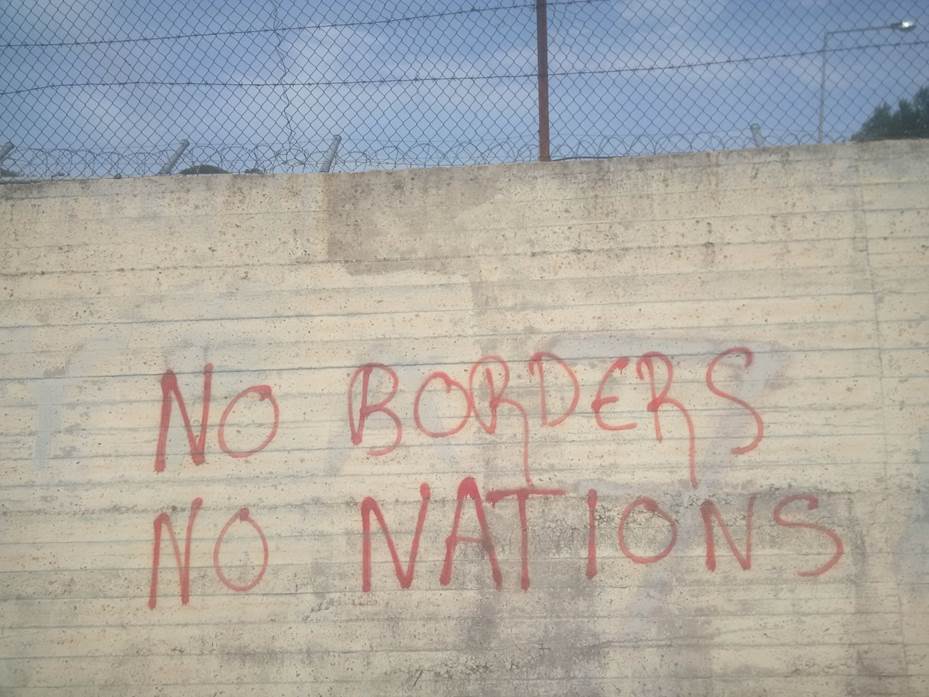 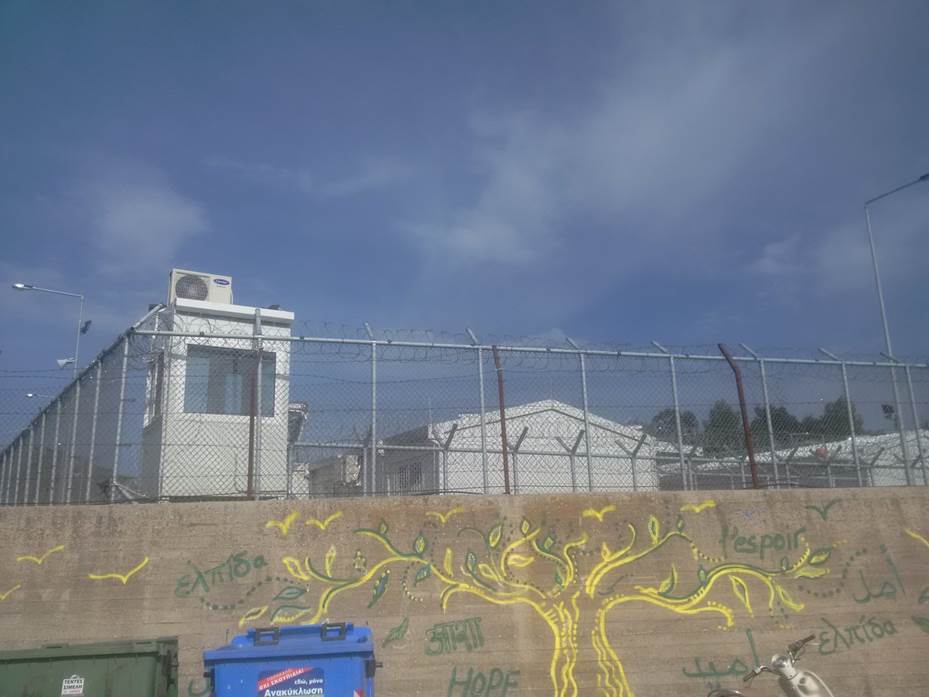 From a registration to a detention facility. Barbed wire fences show that the prepraration for implementing an EU-agreement with Turkey are underway. 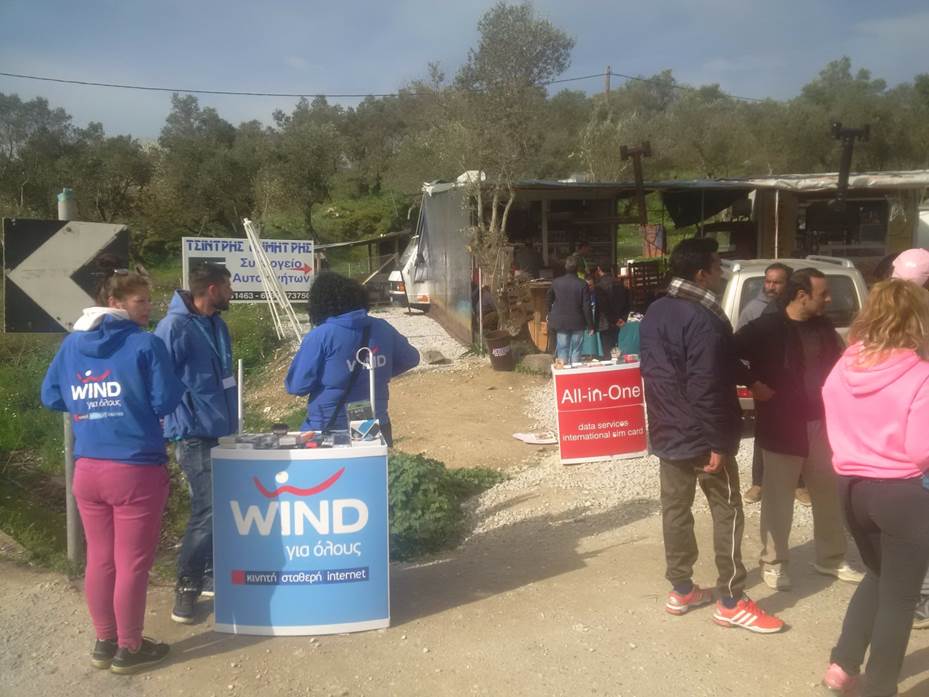 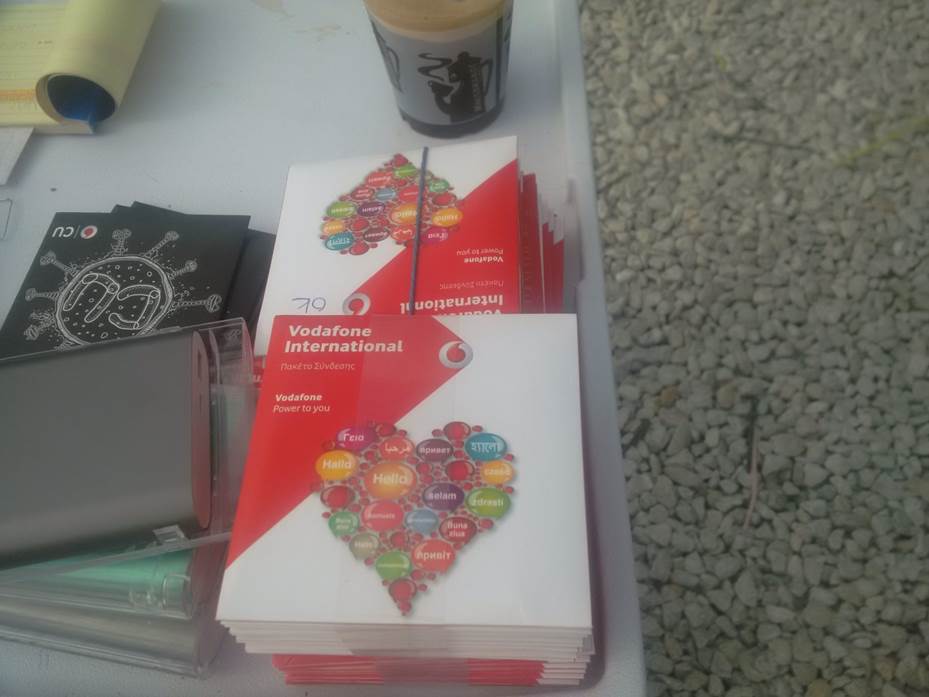 First, this suprised me, and then a moment later it did not at all. If you think of it, would you set off on a journey from, for instance, Syria, without maps and navigation, a mobile news source, online translation, an easy way to stay in touch with family and friends letting them know your are safe and well, and an efficient way to communicate and share experiences with fellow refugees? I would not. In fact, fleeing without a smart phone and data plan would not work.

In the informal camp outside Moria hotspot 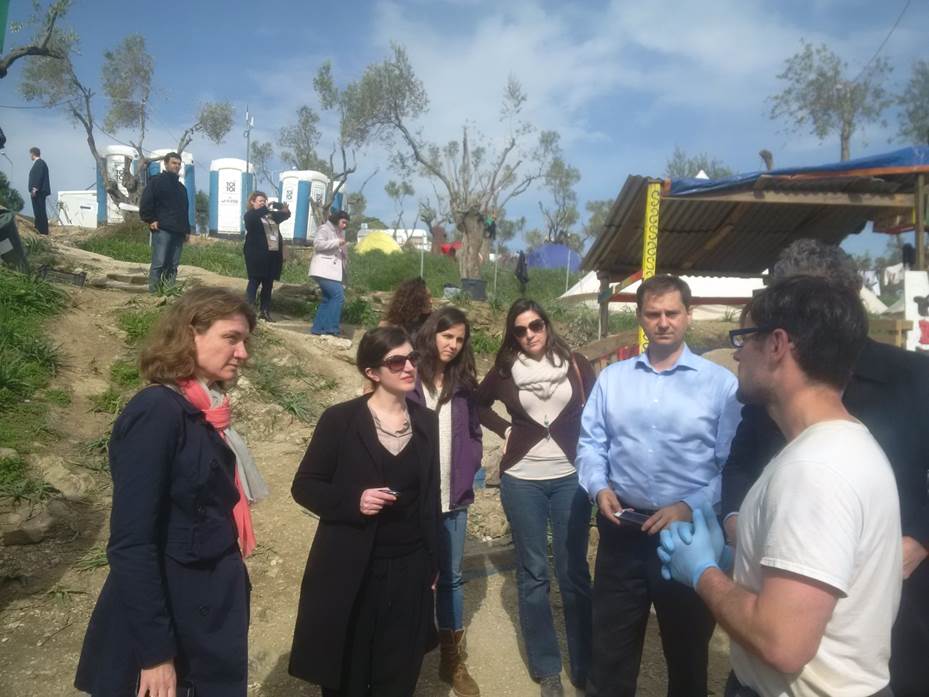 The informal camp was a temporary home to some hundred refugees, mainly from countries such as Pakistan and Afghanistan whose chances for asylum or refugee status were low.  The camp no longer exists. 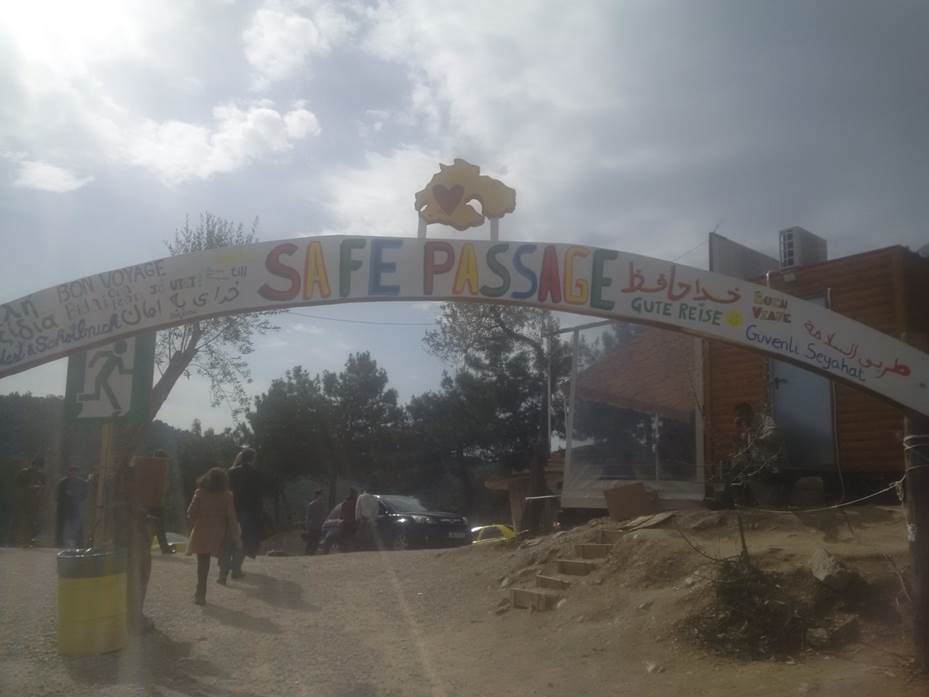 Wishing a safe passage in many languages. 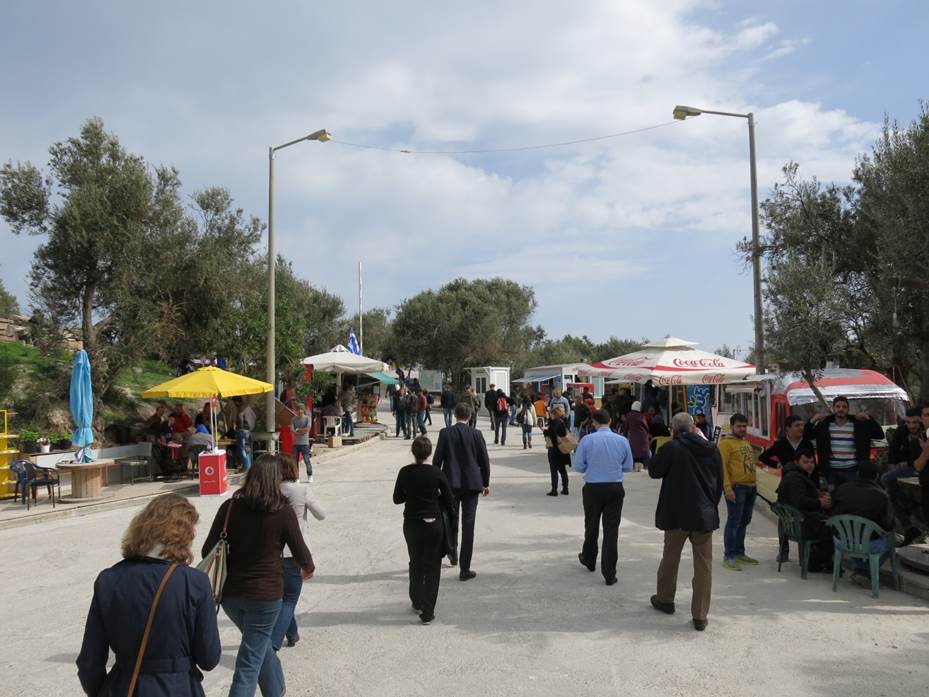 A map of the UNHCR camp Kara Tepe 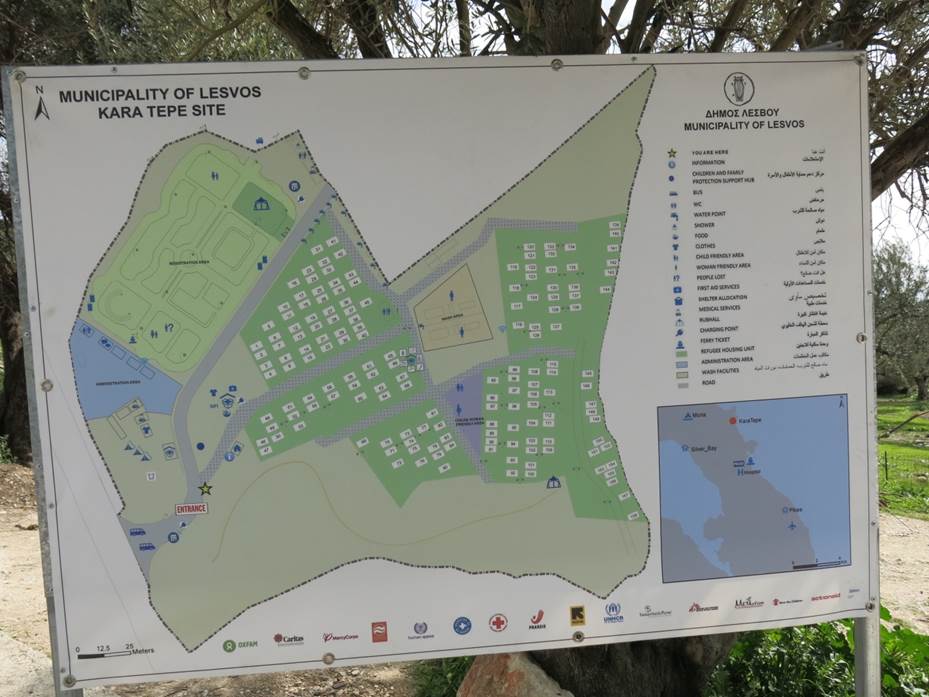 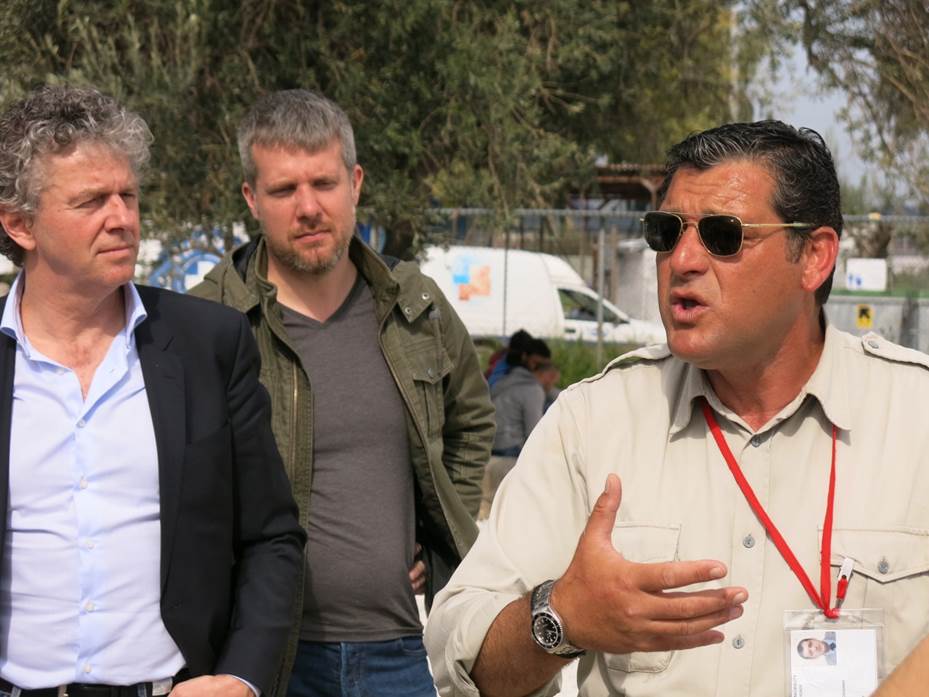 Stavros speaks of the refugees as his guests and visitors. Stavros even buys food and drinks from the vendors outside the camp to check on prices and sell-by dates. Conditions at Kara Tepe are reported to have improved substantially since he took over in summer 2015. 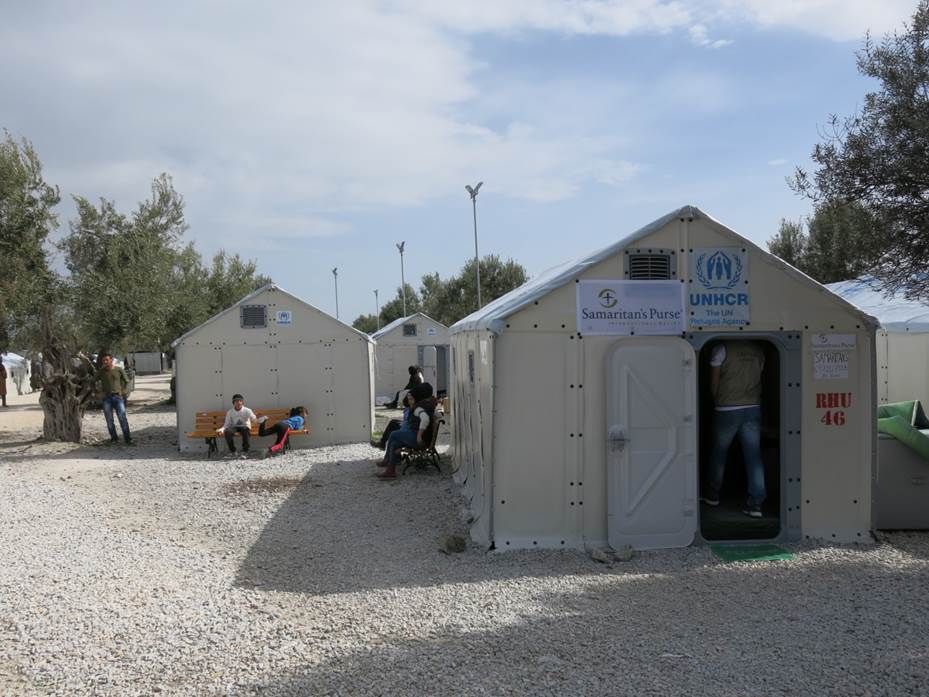 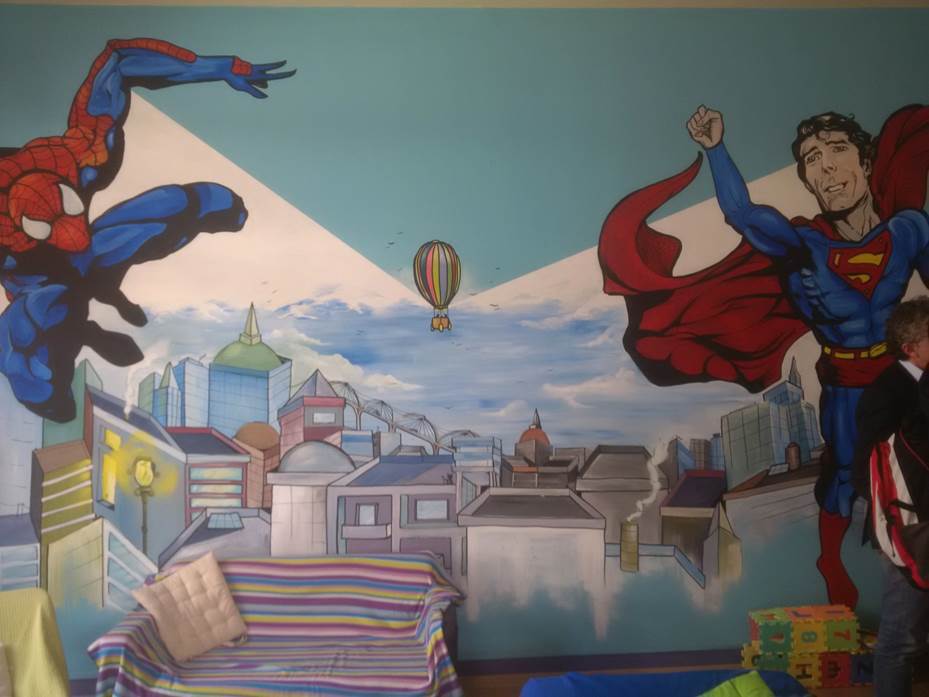 Metadrasi shelters up to 12 unaccompanied minors and helps them establish contact with family members in Europe. Metadrasi also helps with filing paperwork needed for minors to live with their families in the EU. 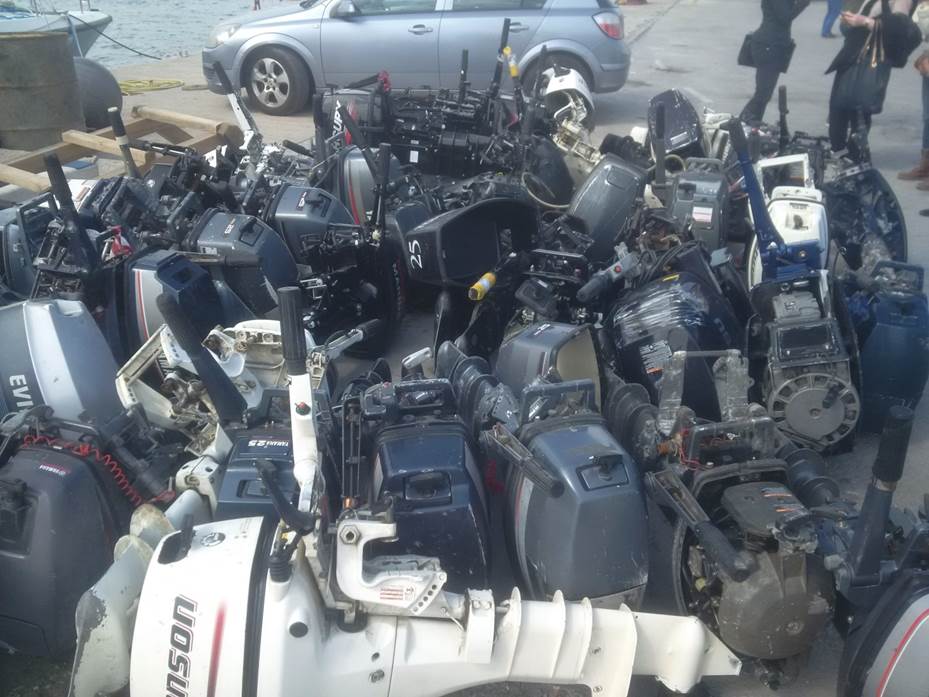 Conversation with a Frontex official 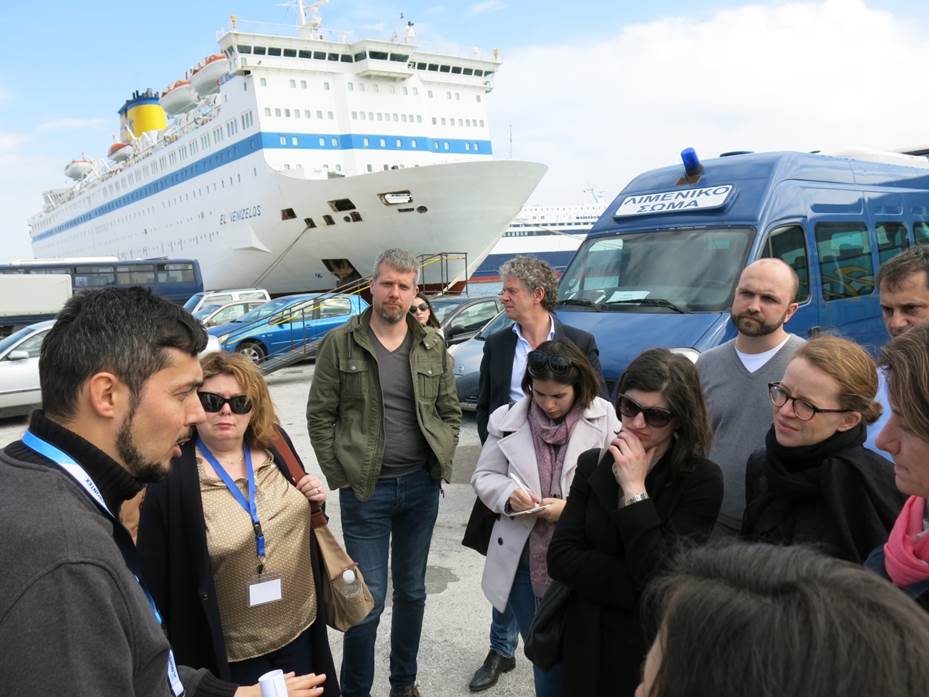 Frontex, the European Agency for the Management of Operational Cooperation at the External Borders of EU Member States, was deployed to Greece to help register refugees amongst other things. The vessel in the background waits to be used for housing refugees if numbers spike during better weather conditions.

A navy ship patroling in the middle between Lesvos and Turkey 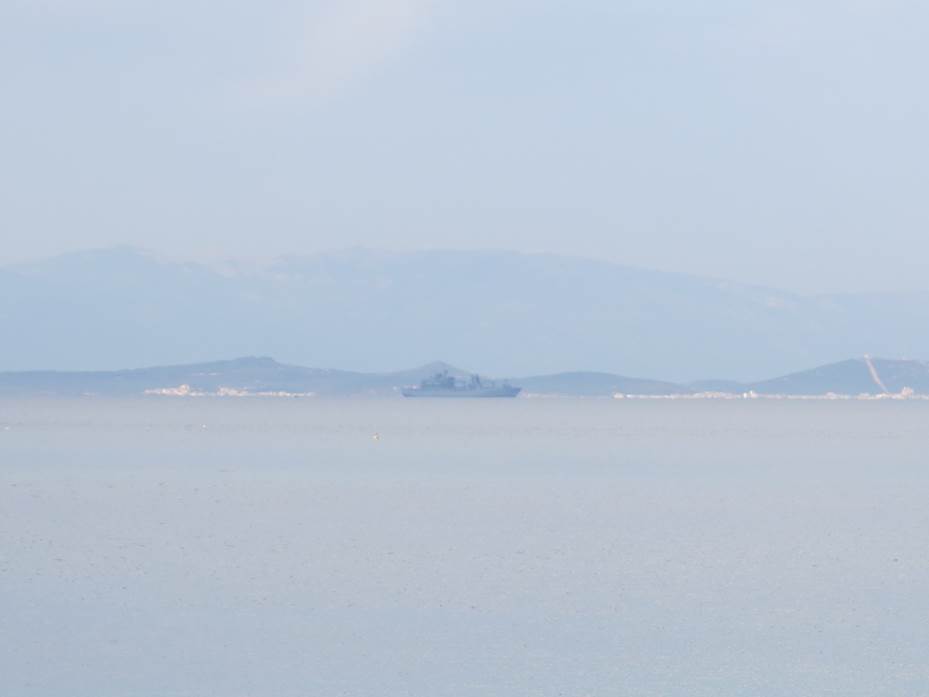 On board of a Hellenic Coast Guard vessel 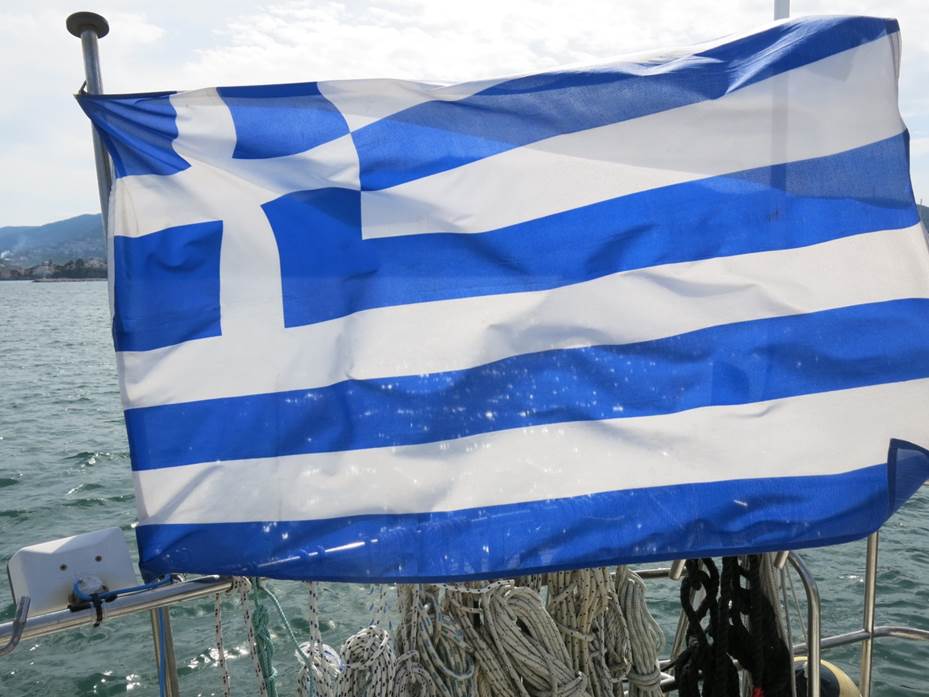 From the Hellenic Coast Guard officials we heard stories of pride, of saving lives, and hopelessness, of not being able to save them all, but never of despair. The group also discussed the implications of push backs, that is of pushing (sinking) refugee boats back into Turkish waters might be. We were beginning to understand that a sea border cannot be closed 100%.