As California’s High-Speed Rail (HSR) project moves from planning to construction, and as HSR cities dive deeply into station and station area design work, the time is ripe to seek input from experts from countries that have far more experience with this form of intercity transportation.  On October 12 at 2pm, the Railvolution Conference will welcome a number of global experts on transportation, land use, and urban design for a public conversation on HSR and development.  This event, called California Day, will bring together leading minds from academia, along with prominent train station experts from France: Etienne Tricaud, President of the French Railway's architecture office, and Stephan de Fay, Executive Director of Euratlantique, the entity that is overseeing the massive station redevelopment project in the city of Bordeaux.

California Day will capitalize on the research that I did as a GMF Urban and Regional Policy Fellow.  During my tenure, I studied French and German approaches to high-speed rail development and published a report summarizing my findings. California Day will help turn ideas into action by facilitating the implementation of best practices studied across the Atlantic to positively influence urban policies in California’s cities.

Why focus on France and not one of the many other countries with well-developed HSR systems?  Because France is home to some of the world’s clearest examples of high-speed rail oriented development (HSROD) – stations that are built to maximize the specific economic development and city-building potential of this particular transportation technology.  These examples demonstrate how HSR stations – when carefully planned and designed to embrace the many and varied public purposes that rail stations can play – can serve not simply as important transportation facilities, but also as engines for urban regeneration and as destinations in and of themselves.

Equally important is the French notion that transportation projects are “urban projects.”  As esteemed California Day guest Robert Cervero has noted, transportation projects in the U.S. are typically designed in a narrow way as pieces of infrastructure for conveying vehicles, goods and people as efficiently as possible and rarely in concert with the urban fabric that surrounds them..  In France, by contrast, there is a widely held view—often expressed by city leaders—that transportation facilities have profound place-defining effects on the communities in which they are built and form the parameters for future urban development.

Notable French projects that embody a bolder and more holistic approach toward transportation investment than is common in the U.S. include Lille, Lyon and Bordeaux.

As I discussed in this blog post, Lille, under the leadership of a visionary mayor, undertook a massive master planning effort in the late 1980s to take advantage of the city’s new strategic location on the northern European HSR network.  Central to this effort was integrated transportation and economic development planning, as well as an emphasis on world-class architecture and urban design.  This effort is widely credited with reinvigorating Lille’s economy, and in promoting a shift away from flagging manufacturing industries and toward higher value HSR-oriented industries.

Like Lille, Lyon has been thoroughly transformed by HSR.  The first city in France to be connected to Paris by HSR in the early 1980s, it is now a short two-hour trip from the national capital.  For every person who travels between Lyon and Paris by plane, nine people take HSR.  The city’s leaders planned and built France’s largest office district outside of Paris with 56,000 jobs and 13,000 residences around the train station.  They also built Europe’s largest central city shopping mall adjacent to the station, which boasts 267 shops and a large movie theater.  The station has exceeded all expectations in terms of ridership and economic development.  While it was originally designed for 35,000 visitors per day, the station now sees 125,000 people on a typical day.  Office space in the district is 96 percent occupied.  However, the station exhibits major shortcomings in terms of passenger flow and urban design, which are now being addressed through a comprehensive redesign effort.  This effort also foresees doubling the size of the train station to accommodate an estimated 100,000 additional daily visitors, as well as the addition of 40,000 new jobs and 2,200 new housing units within the station district by 2030. 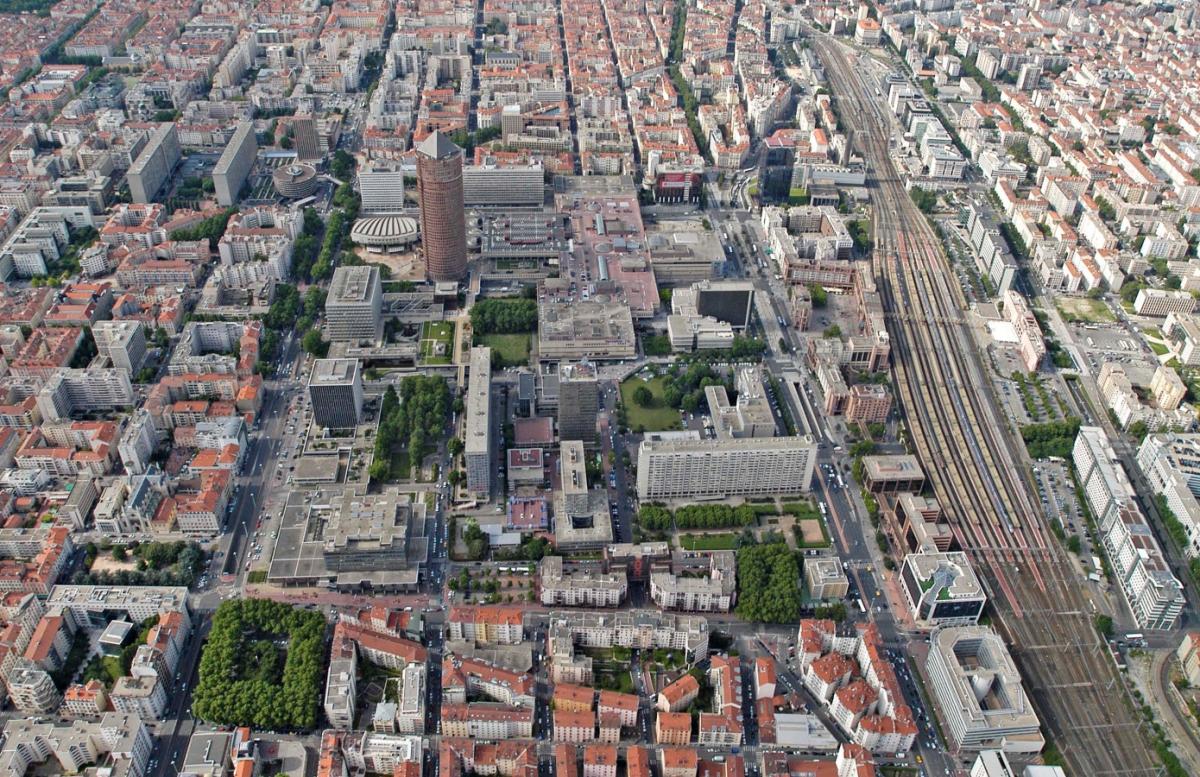 Bordeaux, which is located in the less populated southwestern part of France near the Atlantic coast, has been a relative latecomer to HSR service in France.  The city’s main train station, St. Jean, is now ground zero of one of Europe’s most significant urban redevelopment projects.  This project, Euratlantique, seeks to capitalize on the improved accessibility that Bordeaux will enjoy as a result of significant upgrades to HSR service that will put it a short two hour train ride from both Paris and Bilbao by 2020.  Importantly, Euratlantique is being funded as a public private partnership (PPP).  All development within the station district is being funded through proceeds from public land sales.  In this sense, it is highly relevant for California and the U.S., where public funding for large rail infrastructure projects is less generous than in European countries. 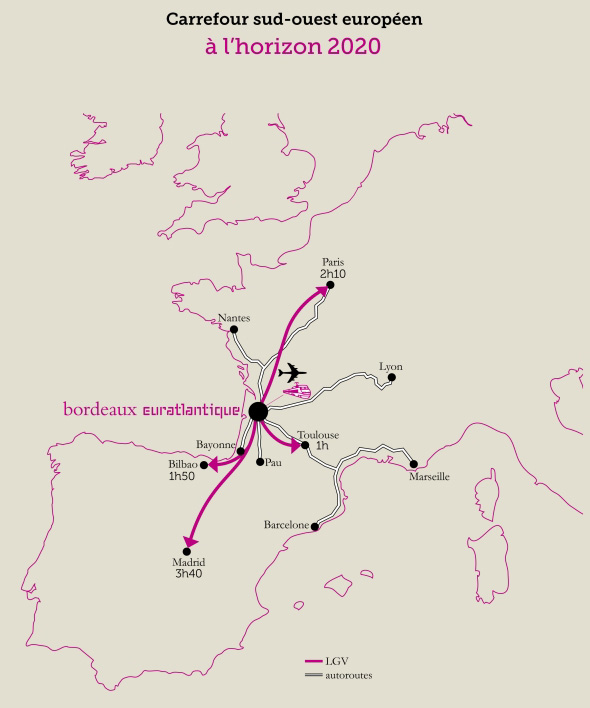 While there are significant differences in the political, legal and economic frameworks in both countries, there are valuable lessons that California’s HSR station cities can glean from the French experience.  Key questions that will be discussed at the Railvolution conference include:

Eric Eidlin is a sustainability lead and community planner for the Federal Transit Administration and a 2013-2014 Urban and Regional Policy Fellow. As a GMF fellow, he traveled to France and Germany and focused on differences in high-speed rail development in both countries.  He published a report in June 2015 summarizing his research, which can be downloaded here.

Interested participants may register for California Day via the following link.

Individuals who wish to register for the entire Railvolution conference may do so here.