GMF’s Office of Transatlantic Leadership Initiatives hosted Mission Critical: Inclusive Leadership for the Security Sector in July 2017. This was the third convening of transatlantic partners to explore and advance the practice of inclusive leadership with a focus on security. Participants from Congress, the U.S. Department of Defense, and partner militaries as well rising young diverse leaders from both sides of the Atlantic shared their perspectives and best practices. GMF continues to engage in this time-sensitive work as the transatlantic partners strive to meet the requirements of 21st century leadership. Here are views of German, American, French, and Belgian participants on the power of diverse militaries.

Q: Why do you believe is it essential to accelerate inclusive leadership, as well as diversity and inclusion overall, in the armed forces?

For some, the question who we allow into our militaries is an ideological one. Do we want Muslims, blacks, latinos, women, gay, and transgender people to wear our flags, our colors?

Taking this privilege away from one specific group, not for military but ideological reasons, is more a statement about the excluder than the excluded. It says, that even if someone is well qualified to protect you, you would rather accept a military disadvantage than to be protected by someone from that group. You would rather agree to a greater threat against your values, your family, and yourself than to allow someone from the excluded community to pick up a weapon and stand in harms way on your behalf.

So, in the end, the question is not whether we feel comfortable with black, female, or transgender soldiers but whether the ideologically driven denial of service to specific groups is worth the safety of our nations and families. The answer to that should be obvious.

The U.S. Department of Defense is striving to fully integrate all the diversity the country has to offer, and through inclusiveness apply that diversity skillfully to the complex missions the services must tackle every day. By doing this, the United States increases its capability and agility, strengthens itself against adversaries, and is a better, more knowledgeable partner with our allies. Diversity and inclusion are critical because they are national security imperatives, and thishas become more and more evident as U.S. Department of Defense doctrine and policy has integrated diversity and inclusion concepts. Our country and allies are facing many great global challenges: Russia, China, North Korea, Iran, and transnational violent extremism, and a generation of refugees who could become our next generation of doctors, entrepreneurs, and artists, or they could become the next ISIS, all depending on how we as a global society handle this massive global migration. We must make our security forces, especially our militaries, destinations of choice for the talent that wants to do something bigger than themselves — we must foster an environment where everyone who puts in the effort can thrive, simultaneously making our countries safer places. 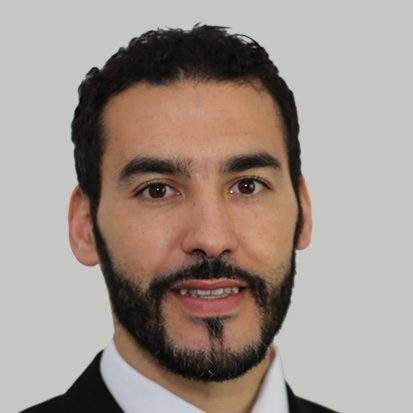 Firstly, France is characterized by greater diversity: it has the largest Muslim, Buddhist, and Jewish communities in Europe, so the nation is highly diverse. Secondly, I would say that this is within the French philosophy of the army. In France, the army has been conceived of as a tool to integrate society since the Third Republic. That is to say, since the end of the 19th century, the objective of the army has been to transform individuals into citizens, that is to say, the Bretons, the Basques, the Corsicans, people from different regions, and to transform them into French citizens, giving them a patriotic sense, and giving them the French language, at a time when the regional languages were still dialects. So, the army was really conceived of as a tool to unify the population as a whole. Today we still have this philosophy.

During the last years, one could observe that the armed forces of Western countries were making an effort to gradually become reflective of the societies they serve: women were allowed to join the armed forces, bans on LGBTI people were lifted and increasingly, people with a migration background and different beliefs enlisted.

Without any doubt, there is still a long way to go to fully integrate LGBTI people in the armed forces, to grant them equal rights and opportunities, and to fight discrimination and prejudices. The decision of the U.S. president to ban transgender persons from the U.S. military is however a step back in time. There is absolutely no evidence suggesting that the inclusion of transgender people in the armed forces has a negative impact on operational effectiveness. On the contrary, there are numerous studies showing that diverse teams perform much better than homogenous ones.

Furthermore, the decision was taken based on a “consultation with generals and military experts” and sadly failed to involve other important stakeholders such as human rights and diversity experts, soldiers’ representatives, and parliamentarians. Finally, the decision violates international human rights commitments of the United States and sends a very negative message about status human rights to other military institutions and human rights defenders worldwide. In democratic countries, the military serves the people. It should therefore be fully reflective of the society and no group should be excluded from joining the armed forces.