All Politics is Global

A longtime member of the parliament of Serbia was grappling with the realities of life in what she conceded is a disorganized and somewhat rudderless opposition. The challenge, as she sees it, is not so much the strength of the ruling Serbian Progressive Party in the coalition government, the issues it focuses on, or the active disinterest of members of the majority in even nominal dialogue with minority members. The challenge, she explained, is that the ruling party is aligned with what feels like a coordinated international effort to undermine democratic reforms. “The game has changed,” she said, “and we need to find a way to play this new game, with new tools, but with the same values we always had.”

That this is part of the conversation in Serbia is a testament to just how much the game has changed. The Balkan republic is in the midst of a years-long process of accession to the European Union, which could also be seen as a proxy for a commitment to the values of liberal democracy, yet members of the minority see the ruling coalition as, at best, dragging its feet on liberal reforms—or, in a different light, as actively seeking to undermine the strength of democracy.

Serbia is not alone. Consider Italy’s Five Stars Movement (M5S), was portrayed initially as a new kind of digital democracy in which, as the New York Times put it in 2018, “all clicks would be equal.” Until recently, M5S was in power in an alliance with Lega, a right-wing extremist party using an anti-immigrant nationalism to galvanize supporters. As parties or movements, their disparate points of view were held together by the notion of populism. In practice what that seemed to mean was whatever the people respond to. As the Guardian reported in 2018, though M5S had won significantly more seats than Lega, as political neophytes they were at a disadvantage in power.

With 3.6 million followers on Facebook, Lega’s Deputy Prime Minister Matteo Salvini usually carried the day. He did that by simply using the platform more frequently and more effectively than any others in Italian politics, posting sometimes as frequently as six times each day, and with each post, turning his followers further and further away from the European Union and toward an “Italy First” stance. Meanwhile, M5S has fewer than half as many followers on Facebook, and its leader, Luigi di Maio, just over 2 million. The pure digital democracy philosophy upon which M5S was based appeared to be little more than a fig leaf for another party’s focus on power and manipulation.

In the end, these are the new tools of politics. And, in addition to the official channels on these platforms, the lack of regulation and effective security leaves them all wide open to exploitation by state actors and non-state actors; for example, as the 2016 U.S. presidential election was targeted by Russian intelligence and others.

When viewed through an international and transatlantic lens, the rise of populism and the increasingly strong threats to democracy in individual countries do not seem to be organic coincidences. Rather, they seem to be the product of a coordinated effort to undermine liberal values and the institutions built on them.

In the run-up to the May 2019 European Parliament elections, erstwhile GOP strategist Steve Bannon may have struggled to get traction, but he may turn out to have been a only sideshow when populist governments are quietly making use of help from an array of international social media, messaging, and security consultants, as diverse as Tony Blair and Psy Group.

This has the feeling of a trend that will become the most significant challenge transatlantic and liberal democratic leaders will face in the coming years. As the Serbian member of parliament said, this is a new game. And, while U.S. House Speaker Tip O’Neill’s old saw that all politics is local still applies, it is incumbent upon us to realize that now all politics is also global. 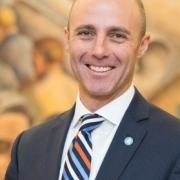 Dan Moulthrop is CEO of The City Club of Cleveland, one of the nation's great free speech forums. Founded in 1912, The City Club convenes more than 120 programs every year on just about every issue and topic of importance to Northeast Ohio. He was a co-founder of The Civic Commons, a Knight Foundation project creating a social media environment designed for civil civic dialogue. Prior to that, he was the host of Sound of Ideas on 90.3 WCPN ideastream. Dan serves on the board of the Teacher Salary Project, MedWorks, Teach For America in Cleveland, and Borderlight, and was a member of the Leadership Cleveland Class of 2014. Dan is also co-author, with Dave Eggers and Ninive Calegari, of the best-selling book Teachers Have it Easy: The Big Sacrifices and Small Salaries of America's Teachers (The New Press, 2005), which provided the basis for the 2010 documentary "American Teacher." He was also co-editor, with RA Washington of A Race Anthology: Dispatches and Artifacts from a Segregated City (2016). He's an award winning local public radio host, a former high school teacher and a graduate of UC Berkeley's Graduate School of Journalism. He lives in Shaker Heights, Ohio, with his wife and three children.

On Twitter, I describe myself in the following way: “Reader. Writer. Runner. Free Speech Fan. Husband, father of 3. I ask a lot of questions.” Those things are all true. I was born in New York City and grew up in the suburbs, always oriented back towards the city and all it had to offer. I’ve been a teacher, a journalist, and I’ve worked in social services, and my current work is deeply informed by those experiences. I love books and art, and I am a huge fan of well-designed public spaces. I am also a huge fan of my kids—whether they are joking around at the dinner table, playing soccer, or playing cello—and of my wife, who is the smartest person I know.