Where Were You When the Wall Fell?

In commemoration of the 30th anniversary of the fall of the Berlin Wall, GMF experts reflect on their memories of one of Europe's most historic years. 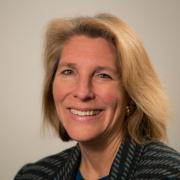 I was in Washington, working on my doctoral dissertation. I remember thinking, when I heard the news that the wall had fallen, that that event and the developments that would follow would likely be the historical events that would mark my generation. A friend who was in Berlin chipped some pieces off the wall and gave them to me—they remain among my most prized possessions. The one other vignette is that German reunification, which resulted from the wall’s fall, turned my dissertation on West German-American relations from a political science dissertation to a history dissertation! 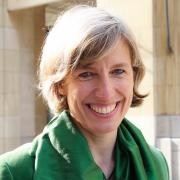 One moment that sticks out when I think about the period in 1989 when the border between East and West Germany opened and the wall was torn down is the following: I was home from university for a long weekend, and my mother called me to join her in front of the TV. They were showing pictures of people climbing over the wall, using hammers to break down the wall. My mother was saying “This is a historical moment.” And I didn’t understand.

I had grown up seeing East Germany as a separate country, with nothing in common with West Germany other than the language. My parents once did a trip to East Germany with friends and all I could remember from their stories about their visit was the scrutiny of East German border police that were checking their luggage as well as the car they were travelling in, that they had to report to the police every time they went to a new town, that they were told in restaurants that they couldn’t be served even though the place was empty, that they didn’t know what to do with their East German money because there was nothing to buy. 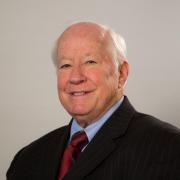 I was a member of Congress at the time, midway into my third term in the House of Representatives. I very well remember the events leading up to the fall of the wall—the coming of Mikhail Gorbachev to power in the Soviet Union, the loosening of border restrictions with Czechoslovakia, the diversion of Germans through that country and into West Germany, abandoning their cardboard-like Trabant cars as they came across the border, and then border-crossing guards in Berlin abandoning their posts and people climbing on the wall. We were mesmerized in Congress that this could actually be happening.

Having been born only a couple of years before the Cold War was in full bloom, I honestly never imagined that I would see the end of the Iron Curtain” as Winston Churchill so properly named it.

One of my colleagues in the House, Bill Schutte of Michigan, left Washington on an impulse and flew to Berlin to be there as the wall began coming down. He joined East and West Berliners in climbing onto the wall, waving flags, and celebrating the end of the painful division and separation of German families for forty years. It was a moment in which it seemed that a whole new world was emerging and hope for peace seemed boundless. It was indeed a special moment, although subsequent events have—sadly—dimmed some of the luster of the event. 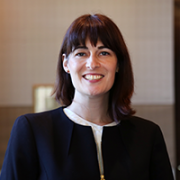 I was ten years old in the autumn of 1989. Ireland in the 1980s went through a prolonged period of recession, falling living standards, high unemployment, and emigration. Internationally, we were starting to find our way as a country that was no longer wholly defined on a binary basis in relation to the United Kingdom, but as a child in Dublin in the 1980s, it still felt like a pretty insular society.

So it really made a huge impression on me, on the night that the Berlin Wall fell, and I walked into the living room—probably in the hope of watching something impossibly glamorous and American like Knight Rider—and saw that my father was watching the news, and that he was crying at the live scenes being broadcast from Berlin. That he was crying wasn’t unheard of, but it wasn’t an everyday occurrence—we’re Irish, after all.

My father turned to me and said through his tears that, although I was young, he wanted me to know that this was a wonderful day for human freedom, and that I should always remember this, and that I saw it happen live. He then sat me down and we watched the broadcast from Berlin, together, until the early hours, and he told me about the history. I collected news clippings and photos on the subject for weeks afterwards, then books, and then as the years went on, academic textbooks and studies of progressively greater weight, which resulted in a professional path.

I’ll remember the events of that night until my last day, and how my father and I saw it together, for it really did inform my life and values—look where I’m working today, thirty years later, as a proud Atlanticist here at the German Marshall Fund in Washington. 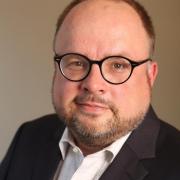 Jan Techau
Director of the European Program and Senior Fellow​

The night the wall came down I was crossing the English Channel on a ferry boat from Holland to the United Kingdwom. It was a school outing, a bus trip that took thirty or so 17-year-old German high school kids to London for a long weekend. When we arrived on the English side the next morning, we landed with no knowledge about what had happened in Berlin overnight. Instant global connectivity had yet to be invented. One of our teachers, a relentless sports maniac, bought an English newspaper at the ferry terminal and flipped it around immediately to check the sports coverage in the back pages. He did not even take note of the front page on which the big news from Germany was printed in gigantic letters. On the bus, I sat opposite him with his paper’s front page right in my face, and that’s how I found about the events that still remain the biggest piece of news happening during my lifetime.

In the weeks preceding November 9 I had been strangely moved not so much by the way the East German revolution was slowly gaining momentum. For most 17-year-old West German kids, East Germany wasn’t part of their mental map. Even though I grew up close to the wall, near the northern Hanseatic town of Lübeck, east of which the Iron Curtain was cutting through the land just outside the city limits, East Germany was a far more distant place for us than, say, Paris, New York, or London. What had touched me was how moved my father was by the events. For him, the wall and the violence that kept it intact had always been a political scandal and a personal insult. When things started to change in East Germany, he was totally electrified by what he saw on TV: demonstrations, opposition activists giving speeches, the helplessness of the old Communist prison keepers. He sat there, silent and in awe, for hours on end, and followed the reports, could not get enough of them, soaked them up. For him, it was all a personal triumph.

In the following weeks, tens of thousands of East Germans used their weekends to visit Lübeck and get their first glimpse of the West. The old city was crowded, emotions were running high and the lofty joyousness of the crowd in the narrow medieval streets is unforgettable. On their way back home on Sunday evenings, huge lines formed at the tiny Schlutup border checkpoint that had never seen much business in forty years and was now, all of a sudden, a major choking point between Schleswig-Holstein in the West and Mecklenburg in the East. Temperatures were icy, and Easterners trying to get back home had to wait for hours and hours in their cars for their turn of having documents checked by East German border guards.

So, our school’s student council came up with a plan. We wanted to serve hot coffee to the people at the checkpoint, and we wanted to serve it for the full day that Sunday. Lots of people lent us their coffee machines. The local McDonald’s donated hundreds of paper cups. Schwartauer Werke, a big local manufacturer of confectionary, donated a few thousand muesli bars. Private homes let us plug in our extension cords in their garages to get our machines fired up, and soon enough we made coffee in bulk, out there in the biting cold. We served each passenger in each car a fresh brew and a snack, accompanied by a small leaflet that wished them a good trip and identified us as kids from the local high school. It was an enormous success, an extremely emotional day, and an unforgettable experience. What we did not know then was that afterwards, for weeks on end, we would be receiving thank you letters from people in Schwerin, Bad Doberan, Wismar, Güstrow, Gadebusch, and Rostock, thanking us for the little service we had provided that day. We had no idea what the future would bring, whether reunification was even a possibility, or how it would eventually unfold. But we certainly had a great sense of unity that day in November.