On July 27th and 28th, GMF’s Transatlantic Leadership Initiatives (TLI) team met with Hungarian alumni of GMF’s leadership programs to discuss the current economic, political, social, and security challenges of the country. Following a series of smaller meetings over two days, 25 alumni from both the Marshall Memorial Fellowship (MMF) and our new Transatlantic Inclusion Leaders Network (TILN) came together for dinner with GMF. The aim was to connect GMF alumni across years and sectors, introduce Hungarian MMFs to GMF' Alumni Leadership Action Grants, and organize a Hungarian delegation to attend the Marshall Seminar on Strengthening Democracy that will be held in Bucharest in the spring of 2016.

Over the course of two days, smaller scale meetings highlighted several concerns facing many in the country, such as a weakened civil society sector, the continued fight against corruption, migration of new immigrant groups to Europe, and challenges to political expression and opposition. The GMF team heard directly about competing narratives in the country that pit the liberal order against the growing drift towards a new order as led by the Hungarian Prime Minister Victor Orban (MMF '92) and backed by his Fidesz Party (which holds a two-thirds majority in Parliament). The country seems to be at a crossroads both in terms of reconciling its history and creating a unified vision as a Central European country in an increasingly multi-polar world. Some sources describe Hungary as being split between the pro-European electorate and the Euroskeptics in the country. Both the U.S. and the Council of Europe have strongly condemned the recent changes to the constitution, which have restricted traditional freedoms.

In the past few years, democracy, human rights and the role of independent institutions have been severely weakened. Since 2013, the government under Fidesz took several actions to reduce the space for nongovernmental organizations (NGOs) by engaging in a campaign to discredit the country’s independent NGOs. Hungary also newly adopted an anti-corruption action plan, which will obligate NGO leaders to declare their private assets. Last but not least, dependence on state financing is a means by which the ruling party has continued to control and restrict the activities of NGOs.

When it comes to media, freedom of speech and press are legally guaranteed.  Nonetheless, the passage of a new media law is part of wider restrictions to curtail free speech. While no one has yet been charged under the new laws, its presence is contributing to a growing climate of self-censorship because independently owned and neutral media outlets do not want to risk conflict and threats to their livelihoods.

Since the beginning of 2015, the global refugee crisis started to have a dramatic effect on Hungary. The migration route through the Balkans to Europe became more popular because of Hungary's geographic position at the periphery of the Union's Schengen Zone. Over the past months, 80 percent of the refugees requesting asylum in Europe have come from war-torn countries like Syria, Iraq, and Afghanistan. In response to this growing migration issue, Hungary’s Fidesz party has come up with several proposals that aim to detain and expel economic immigrants from the country. The government runs an expensive billboard campaign that features slogans like "If you come to Hungary, you cannot take the jobs of Hungarians", and it has started to erect a 13-foot fence topped with razor wire that will run the length of the 100-mile border the country shares with Serbia, where most refugees have been crossing. While migration and human rights experts differ considerably on the ultimate destination of the asylum seekers, the majority of experts agree that Hungary and its surrounding countries are merely pathways to more developed economies like Germany and France and thus they question the impact of a new European border fence. The costs of maintenance, enforcement, and the division of existing ethnic and cultural enclaves are not yet being addressed.

The GMF network in Hungary remains strong and deeply engaged in these political developments. They are eager to connect with other GMF networks in Europe and the United States for ideas on Alumni Leadership Action Project proposals, which are due by September 18. In addition, they seek strategies to strengthen democratic reforms in Central and Eastern Europe, please join us at the Marshall Forum Bucharest in Spring 2016. 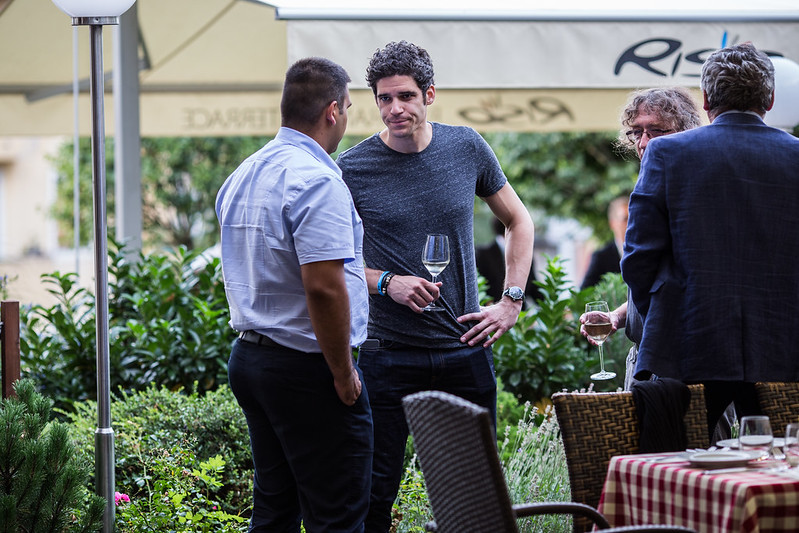 When People Elect a Strongman to Rule