Open Dialogue and the Future of Philanthropy

Open Dialogue and the Future of Politics - EFC AGA, Warsaw 2017 from Mercator European Dialogue on Vimeo.

Round tables, waving strips of colourful paper, a room humming with conversation.  Practitioners, policy thinkers, foundation representatives, and politicians took the stage in a passionate testimony to the power of conversation, the Open Dialogue and the Future of Politics session of the European Foundation Centre´s 2017 Annual General Assembly and Conference. The event showcased two major cooperative projects, the Mercator European Dialogue and the New Pact for Europe.

Moving beyond crisis through shared conversation

In an increasingly polarized European context, where ideological and physical barriers are on the rise, Verena Ringler from Stiftung Mercator highlighted the need for a return to the basics of cooperation. “Speaking with members of parliament, we realized that promoting personal connections and constructive dialogue in politics is crucial for fostering solidarity and cohesion,” she said. The Mercator European Dialogue endeavour was launched under this premise in 2014. Joining forces with The German Marshall Fund of the United States and a number of European partners,[1]Stiftung Mercator, has since built a cross-border network for representatives of the EU’s 10,000 members of national parliaments. In a safe space and far away from microphones, they come together in different European locations to set their own thematic priorities and exchange perspectives on key European policy and future issues.

The Mercator European Dialogue team sees this kind of format as leading the way for transformative work in the political arena.  By placing the emphasis on the listening component of conversations as a vehicle to building understanding in heterogeneous groups, Open Dialogue techniques helps the Mercator European Dialogue facilitate fruitful exchanges between politicians whose relationship is otherwise characterized by estrangement or even antagonism.

“It is about the willingness to understand each other,” said Chiara Rosselli who heads the Mercator European Dialogue, “and Open Dialogue provides a setting in which disagreement does not prohibit constructive exchange and, increasingly, even joint progress. We create spaces for shared conversations based on trust, empathy, and respect”.

This concept has won support well beyond the sphere of foundations, from politicians and policy thinkers alike. To Verena Ringler, this comes as no surprise. After all, as she put it, “we are dealing in the most valuable political currency – trust.” 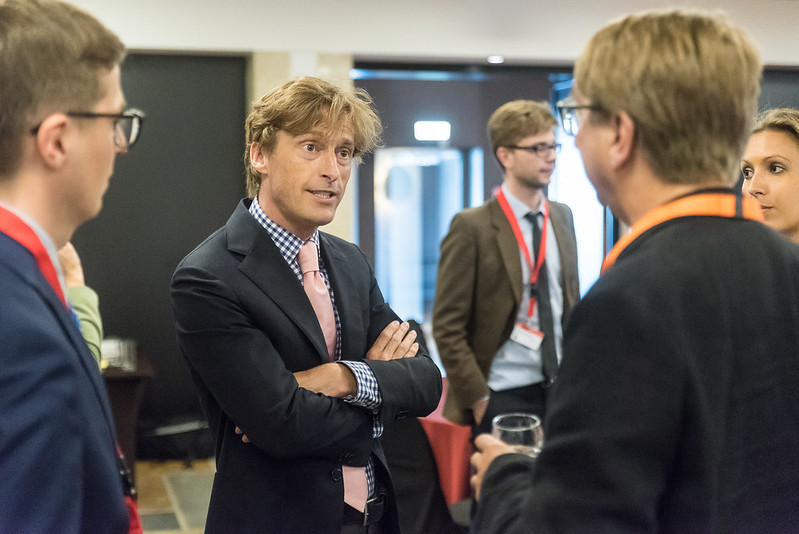 [1] The Mercator European Dialogue is a project by the German Marshall Fund of the United States in cooperation with the Barcelona Centre for International Affairs, the Istituto Affari Internazionali in Rome, and the Hellenic Foundation for European and Foreign Policy in Athens and is funded by Stiftung Mercator and since 2017 also by the King Baudouin Foundation.

Pan-European Parties in a Time of Resurgent Nationalism