The 14th edition of the India Trilateral Forum took place in Goa, India from March 22-23, 2018. The German Marshall Fund of the United States (GMF), the Ministry for Foreign Affairs of Sweden, and the Observer Research Foundation convened the forum with additional support provided by Gilead Sciences. Participants in the forum this year included government officials, journalists, scholars, and business people from the United States, India, and Europe.

The forum was also attended by Shri Rohan Khaunte, Minister for IT, Labour and Revenue, Government of Goa who provided on-the-record welcome remarks. Discussions, which were held under the Chatham House Rule, focused on Russian interference in democratic institutions, radicalization, populism, and disinformation, the global impact of China as a new normative power, the growing role of technology, the free and open Indo-Pacific strategy, the state of economic reform in India and implications on trade with the United States and Europe, access and challenges to public health, the role of technology and India’s future domestic role in the region.

Says a lot about the lack of faith in the internal strength of democracy today that all speakers #ITF14 are focusing on only China and Russia as threats to democracy.

Great to be at #ITF14 with old friends from @gmfus, @orfonline @SwedeninIndia. India’s rise cld be the biggest geopolitical story of the next 30 years. The West has a stake in the success of the world’s largest democracy. A free+open India will be an anchor of a free+open world. pic.twitter.com/QSEINgh1Fu

#ITF14 speaker on US: we know how to do competition; we did it for 40 yrs. But our toolkit is rusty. We need to fix it, but countries like India need to update their toolkit too.

PM Nehru was criticized for focus on intl affairs instead of nation-building at home. His retort: India needs peace & security to develop. Conflict in Asia will pull us in. Same is true today: India does not have luxury of domestic focus at expense of regional leadership. #ITF14

My view: Countries that care about human rights have thriving bilateral relations with those that don’t: both economic and otherwise. Economics trumps all other concerns if those concerns even exist. #ITF14 https://t.co/PQKRXRHkFj

An imp. conversation happening at #ITF14 on challenges China will pose in disinformation and AI space. Problem is much bigger than Russia - it’s about how democracies can defend open systems from authoritarian states without compromising our identity/strengths https://t.co/D7NATV8kZ6

Speaker at #ITF14: Technology will impact decision making, automation, the speed of command (defense) and control, and e-commerce, among other things. How will we respond and adapt? @gmfus

Anyone interested in China, democracy and the future of international relations should check out my @gmfus colleagues @AmyStuddart @ajwsmall @jamiemfly livetweeting #ITF14. Sounds like they are having quite a ball with this question right now. 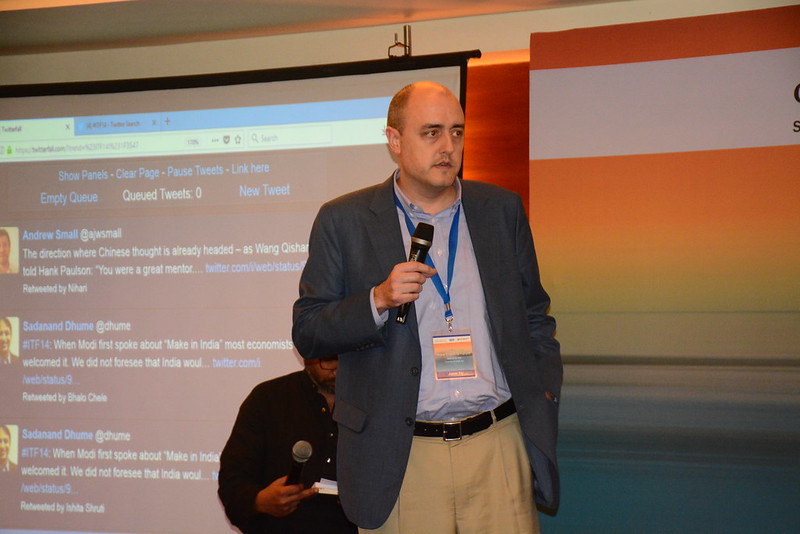