The German Marshall Fund of the United States (GMF) together with the Boumbouras Foundation will host the inaugural edition of the Kyiv Transatlantic Dialogues, a new initiative specially designed to foster close and informal debate between Ukraine and its transatlantic partners. The aim of the Kyiv Transatlantic Dialogues is to become a regular and preeminent gathering for leaders, policymakers, and experts from Europe, the United States and Ukraine to shape the transatlantic agenda and debate the most pressing security challenges. Participation in this conference is by invitation only. Join in the conversation on Twitter using @GMFUS and #KyivTAD.

Toward the NATO Summit 2018: What priorities for the Alliance and Ukraine?
Ukraine has adopted an ambitious timeline to meet NATO membership criteria by 2020. But as Kyiv moves to build a stronger base for cooperation with NATO, the country also needs to resolve a daunting conundrum of military modernization, international diplomacy, and political reform. In light of this, the next NATO Summit in 2018 could be a key test for Ukraine to demonstrate to the Allies its determination to progress on the road toward NATO membership. What should Ukraine’s priorities be ahead of the next Summit? Which goals must Ukraine deliver? What can NATO do to support Ukraine in its ambition? What can Ukraine contribute to increase NATO collective security?

This discussion will be on-the-record.

19:00: Gala Dinner
October 27
09:30: Discussion 1
Changing Leaderships in the Atlantic: What can Ukraine expect?

New leadership on both sides of the Atlantic are considering their priorities against the realities of continued instability inside and outside Europe. While NATO today looks East and South, the EU is also increasingly preoccupied with its hard security. Ukraine remains an important part of the equation, amidst other challenges facing the transatlantic partners. Have EU/U.S. security polices evolved, and if yes, how does Ukraine assess the impact of these policy changes? Is the Black Sea region still a priority for NATO/EU, amidst security concerns emerging from the Baltic and Mediterranean Seas? What is the next step in Ukraine-NATO and Ukraine-EU security & defence cooperation? What can Ukraine anticipate from its partners?

11:00: Coffee Break
11:30: Discussion 2
Dealing with Conflict by Other Means — From Cyber to Information Warfare

The security environment is continuously evolving. As the nature of the threat has changed, Ukraine and the transatlantic partners also need to adapt to face modern challenges that combine conventional and non-conventional adversaries in land, sea, air, and cyberspace. What is NATO’s or the EU’s strategy on issues ranging from hybrid to information to cyber warfare? Is there progress in the EU–NATO partnership on that front? Which lessons learned can Ukraine provide to its EU and NATO partners?

The United States and Europe remain the sole powers equipped to tackle today’s global challenges, either through political leadership or concrete capabilities. But the United States and the EU must also balance competing priorities in various theatres, as well as their own domestic realities. In times of restrictive budgets and multiplying threats, it is clear that the transatlantic partners must also look for help of capable partners. What will U.S. /EU power look like over the coming years? Where will be the foreign policy priorities? What role will Ukraine have in the United States and EU foreign policy? What role will alliance structures, such as NATO, have? 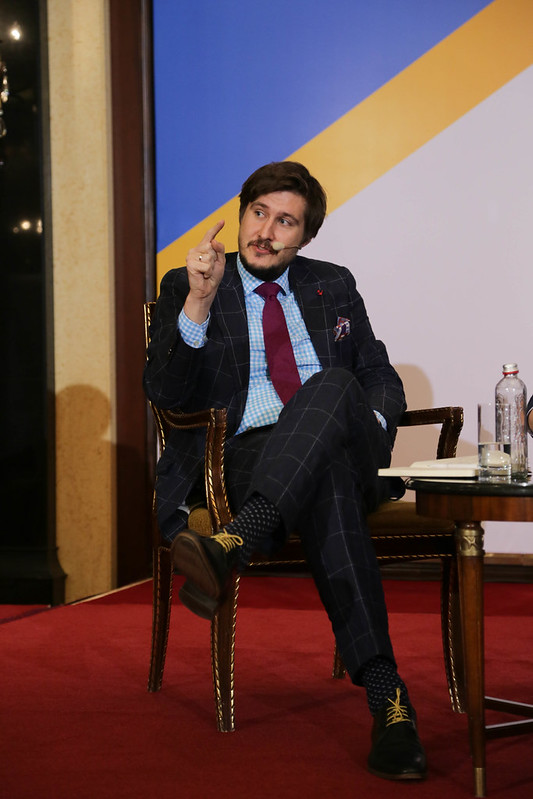