Of Privacy & Power: The Transatlantic Struggle Over Freedom and Security 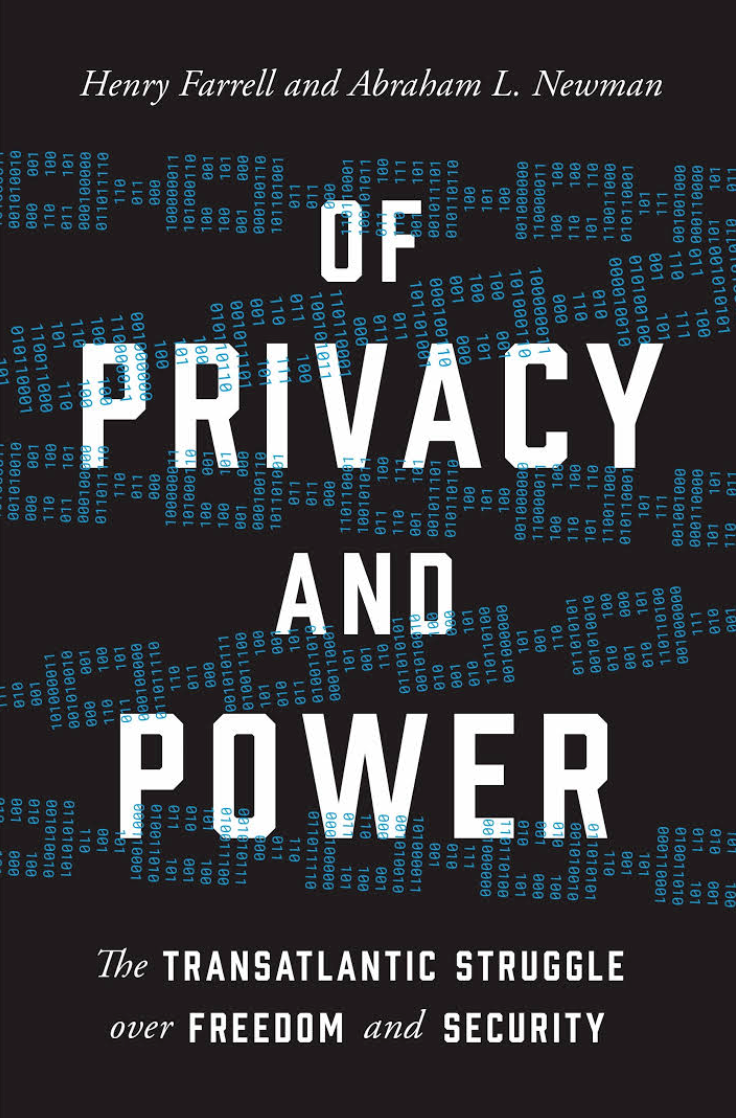 Farrell and Newman explain how privacy and security agreements and disputes between the United States and Europe have reshaped the transatlantic relationship as well as the politics of surveillance over the past decade. They explore the role of information and power in a world of economic interdependence.

This roundtable is the next in a series run by the Digital Innovation & Democracy Initiative. The initiative leverages GMF’s extensive networks to develop strategies that advance innovation and strengthen democratic values.

If you have any questions, please contact Jordan Miller at [email protected].

Henry Farrell is professor of Political Science and International Affairs at George Washington University’s Elliott School of International Affairs. He works on a variety of topics, including democracy, the politics of the Internet, and international and comparative political economy and is the co-author Of Privacy and Power: The Transatlantic Struggle over Freedom and Security (Princeton University Press 2019) and author The Political Economy of Trust: Interests, Institutions and Inter-Firm Cooperation (Cambridge University Press 2012). He is also a member of the Council on Foreign Relations, co-chair of the advisory board for the Social Science Research Council’s Digital Culture Initiative, an affiliated scholar at Stanford University Law School’s Center for the Internet and Society, an associate editor of Perspectives on Politics, and an international correspondent for Stato e Marcato.