On October 6-7, 2016, the 17th iteration of Stockholm China Forum took place in Washington, D.C. By bringing together senior U.S., European, and Chinese representatives from government, media, business, and academia and with a remarkably topical agenda the Forum creates a unique, and interactive intellectual space where the most pressing policy issues that concern all three policy communities are discussed.

The topics covered ranged from Obama’s rebalance legacy for the Asian security to EU-China relations after Brexit, and the implications of rising populism in Europe and the United States on China policy.

A storyline of the event below will guide you through the discussions and the broader questions, arguments, and thoughts on the state of play of the trilateral relationship.

“Everything You Need To Know About China, #1”

Our Asia Fellow Amy Studdart opened the discussion by live-blogging the event. Her posts guided us through the most crucial policy questions on China:

“Everything You Need To Know About China, #2”

A short recap of the six years of U.S.-EU-China relations and the Forum’s evolution. “While everything changes, everything remains the same as well”? Progress or regress? Read more here.

The Hangzhou G20 Summit: A Readout and Obama's Rebalance: What Legacy for the Asian Security Order?

“Whither the Liberal Order?”

What are the models and values upon which the West’s relationship with China is built, and the framework within which it operates? How should we evaluate the Obama rebalance? Read more here

United States is trying to create a liberal order in Asia, not defend an existing order - something very different. #SCF17

"Is it possible to incorporate a large illiberal state into a liberal world order w/o sacrificing principles on which it is based?" #SCF17

Europe, the U.K., and China: The Relationshp(s) Beyond Brexit

Chinese speaker: Brexit partly reflects the rebellion of the grassroots against the elite in Europe #SCF17

Britain has ditched all talk on human rights after pressure from China after Cameron meeting with Dalai Lama.
#SCF17

Global Hotspots and Crisis Management: How Much Substance is There to the West's Cooperation with China?

A recent Pew survey found that 59% of Chinese respondents are concerned that tensions in the South China Sea could turn into military conflict. At Stockholm China Forum pessimism among European and U.S. policymakers was just as high. Read more here 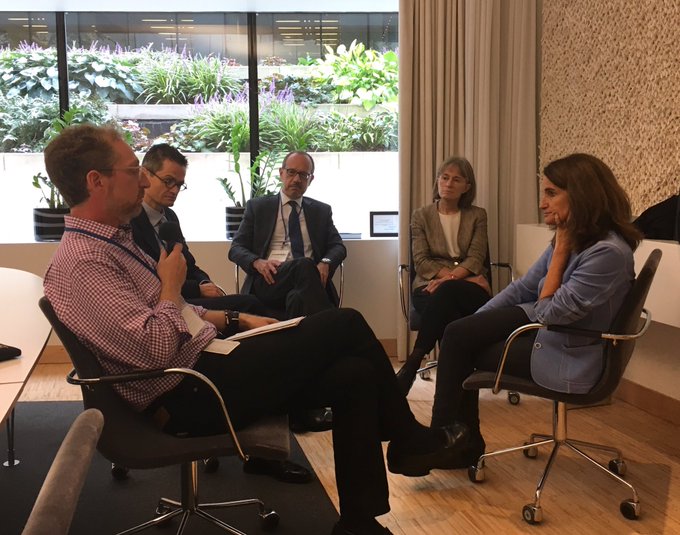 Populism: What Shifting Domestic Politics in the West Mean for Future Dealings With China?

Theme at #scf17: How will Europe, in the throes of the "politics of loss," engage with China? Is China now main champion of globalization?

Overcapacity, Outbound Investment and the Changing Geoeconomic Order: Are We Heading For A Clash?

The big takeaways from the enormously dense conversation on trade and investment at SCF17.

My conclusion from #SCF17: major shift among U.S. China experts towards the idea of reciprocity. @FGodement was way ahead of the game! 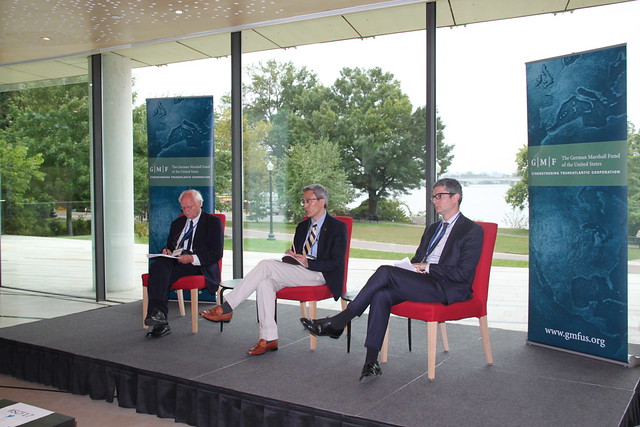 The Stockholm China Forum is an initiative of the German Marshall Fund of the United States (GMF) and the Swedish Ministry for Foreign Affairs. The Forum also benefitted from the additional support of the Wallenberg Foundations AB.