U.S.–Turkey Relations: Where Are We Heading?

Relations between the United States and Turkey have been tested time and again, but shared interests make it important to build and maintain trust. Though the recent visa crisis arguably marks the lowest point in relations, mutual distrust and divergent perceptions on the international security environment are central to the decline. Conflicting strategies in Syria, court cases in both the United States and in Turkey, and Fetullah Gülen’s residence in the United States contribute to complications, as does Turkey’s domestic politics and closer relations with Russia and Iran.

This private discussion will address the root causes of the fallout between the NATO Allies, implications for Europe, the United States, and Turkey, and how the relationship can be put back on track.

This roundtable discussion is part of a series of events and analyses organized as part of the GMF-TOBB Fellowship on Turkey, Europe, and Global Issues, launched by GMF in partnership with the Union of Chambers and Commodity Exchanges of Turkey (TOBB). 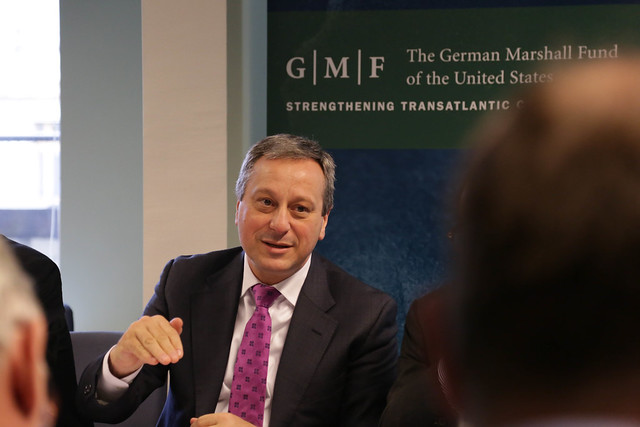