This project aims at developing concrete and focused policy recommendations on transatlantic security issues, with the overarching goal of reaching out to a wide transatlantic audience about the future of transatlantic security cooperation and providing policy-makers and experts with fresh perspectives and understandings of the global geopolitical challenges that unite the transatlantic partners and structure future policies of and towards NATO.

This program brings together, three times a year, a group of 25 to 30 high-level U.S. and European security experts, strategic thinkers, senior policymakers and private sector representatives to explore the security priorities for transatlantic cooperation in the years to come and serve as a forum to stimulate much-needed transatlantic security dialogue on looming threats and possibilities for cooperation. Held under the Chatham House rule, each session attempts to highlight the areas where transatlantic cooperation should be improved and strengthened, with regards to specific challenges and taking into consideration the latest issues on the international agenda. The program ensures that we create the right discussion format to look at both broader and more narrowly focused issues and topics for discussion.

In addition, GMF convenes ambassadors to the United States from NATO member countries once a year, with appropriate representation from the U.S. government, to complement the three workshops. This unique platform provides an ideal opportunity for discussing current and future policies, identifying potential divides among member states that could lead to suboptimal policies, and working towards common policies.
Such a group also fills a clear void in Washington. EU Ambassadors meet on a regular basis, but there is no similar meeting that reflects the relevance of NATO in today’s world and works to build a deeper understanding of the debates and discussions that exist among Europeans and across the Atlantic, which is central to, among other things, continued U.S. engagement in European security policy. Ambassadors from European members and Canada also reports the relevant insights from these engagements back to their respective capitals to inform the policy debate at home.

This ambassadorial roundtable (also held under the Chatham House rule) is convened after the second high-level workshop of each cycle, to help serve as a steering group to set the terms of the forthcoming workshop’s debates, and to gather valuable comments on the deliverables of previous workshops.

The format and the objectives of the program exactly fit an increasing European and American demand to strengthen transatlantic understanding and cooperation in the security field. Indeed, the political consensus between both sides of the Atlantic can no longer be guaranteed when confronting new international challenges. The economic crisis has more specifically affected the development of concrete policy cooperation, as both sides of the Atlantic wish to redefine their military and diplomatic engagements in the world.

Consequently, this context has created a strong need for a high-level discussion among national security and defense strategists on emerging and potential security issues that Europeans and Americans will need to address in the future. These include both issues of grand strategy (i.e. the shifting military balance; the future transatlantic burden sharing and of common procurement programs; the future of the use of military force) as well as very specific challenges (e.g. maritime security, energy security, Artic issues, the rise of new military powers, the future of NATO). Any of these challenges could alter the dynamics of the transatlantic conversation and even the shape of the alliance. That these challenges are not singular snapshots in time but extend and often overlap, converge and reinforce one another is reason for greater urgency in reinvigorating the transatlantic security dialogue.

The NATO Summit in Wales has served as a crucial transition point, one which structures the ambitions that transatlantic partners have for the organization, and organizes the roadmap for the new Secretary General. The project therefore aims at developing fresh perspectives on the main points that were discussed in Wales - the implementation of the Readiness Action Plan and of the spending targets as agreed in the final communiqué, the development of true burden-sharing policies that would reinforce NATO’s role, and NATO’s partnership policy, the legacy of Afghanistan and ISAF, the future of the policy of deterrence and strategic reassurance, particularly towards the Baltic region, Eastern Europe and the Balkans, NATO’s future relationship with Russia, what it means to be a partner of NATO (particularly for those states along NATO’s borders), and what partners can reasonably expect from NATO in the event of a crisis, interoperability, NATO’s continued adaptation to new means of conflict, and NATO’s own perception as an out-of-area actor – while also looking to provide insightful analyses and recommendations about topics that will structure the mandate of the new Secretary General in sight of the 2016 Warsaw Summit and beyond, such as the ever-important link between security and economy (whether it concern trade policy, industrial cooperation, or the future of programs such as Smart Defense), the evolution of the NATO-European Union relationship, the future of the enlargement policy, or the efforts that NATO will need to engage in terms of public diplomacy. More specific issues encompass NATO’s ambitions and priorities in specific regions of the world from the Mediterranean to the Arctic. The working groups look at these issues through the prism of the Alliance’s engagement with other foreign policy actors, such as the European Union or individual countries, and discuss the shape of the Alliance’s competences in devising efficient answers to complex 21st century challenges, while reaffirming its unique and central status. GMF also makes use of its office network to keep a pulse on the latest developments that impact the future of the Alliance, and uses this to ensure that the sessions are relevant to all the transatlantic stakeholders.

GMF has developed a convening and research project which is structured as follows: three cycles of workshops over 36 months, with per calendar year two signature high-level workshops, accompanied by one meeting of NATO-member state ambassadors who maintain a representation in Washington D.C., and followed by a smaller, high-level concluding workshop that serves as a scenario-planning exercise. The agenda of program is shaped by a core group of recognized experts in transatlantic security cooperation and European and American officials, who decide collectively, during the concluding session, the key security issues that should be discussed in the working groups.
Each high-level workshop is organized over a day and a half to allow the group to have an in-depth, frank discussion about topics that are of interest to the global security policy community, and more particularly the member states and partners of NATO, with the aim of developing concrete and actionable policy recommendations. GMF ensures that the conclusions are appropriately disseminated to various stakeholders of the transatlantic relationship and be further discussed and debated in the other forums organized by GMF, such as, for example, Brussels Forum, Atlantic Dialogues, or other convening formats.

The GMF Paris office serves as the organizational platform for programming.

The dates for the 2019 working group are:

The dates for the 2018 working group are:

The dates for the 2017 working group are:

The dates for the 2016 working groups are:

The dates of the 2015 working groups are:

For each session, a report and a series of analytical papers produced by the participants are published as the results of the discussions and develops different aspects of our reflections. The papers are published both as single papers with their own articulation and as a coherent series of comprehensive works dedicated to one major issue of transatlantic security cooperation. The publications and the wide audience they are circulated to ensure that workshop conclusions receive maximum, yet targeted, coverage and influence policy formulation.

With the generous support of: 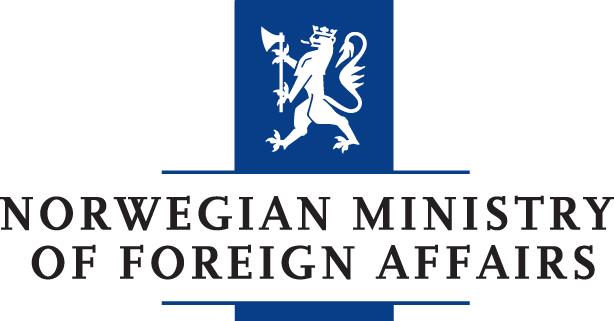 With additional support from:

Southern Challenges and the Regionalization of the Transatlantic Security Partnership

The Five Most Contentious Issues on the Road to Warsaw

UPDATED: After the Terror Attacks of 2015: A French Activist Foreign Policy Here to Stay?

From Wales to Warsaw: Implementation and Adaptation

The Future of NATO’s Mediterranean Dialogue

Transatlantic Fragmentations and Policy Adaptation: The Security of Europe in 2025

Impressions of Partnership in a Post-Western World Order from Munich

Judy Asks: Is the Crisis of the Liberal Order Exaggerated?