The Young Transatlantic Network of future leaders (YTN) is a flagship initiative of The German Marshall Fund geared toward young professionals between the ages of 21 and 35. YTN brings together young leaders to engage critically on challenges facing Europe, the United States, and the transatlantic alliance. Since the inaugural Brussels-based chapter was founded in 2009, YTN has grown into a transatlantic network that includes over 2,300 young professionals from across various sectors and fields with chapters in GMF offices in Brussels, Berlin, Warsaw, Washington, Belgrade, and Paris.

Each chapter of YTN organizes an event every 4-6 weeks on a myriad of topics and offers preferential access to all of GMF’s young leadership initiatives such as the Young Professionals Summit, Young Strategist Forum, Marshall Memorial Fellowship. 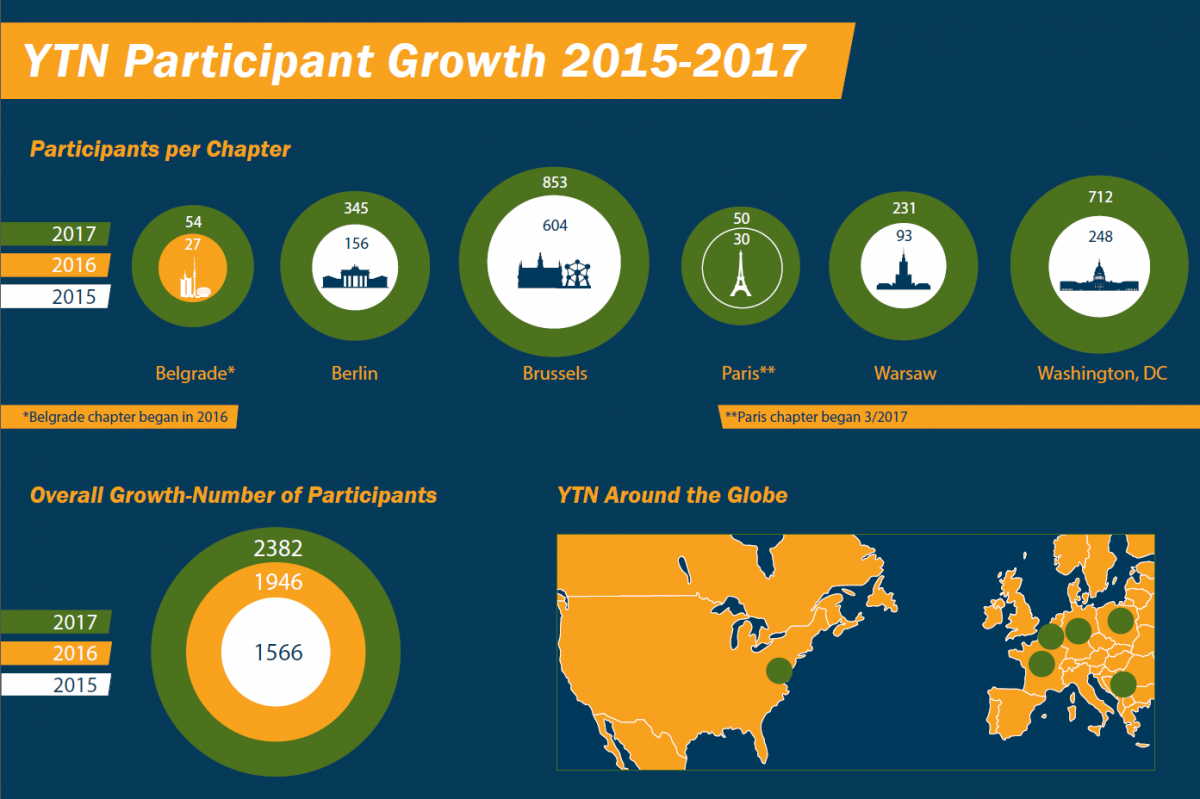 YTN establishes a space for informal discussions and opportunities to for young professionals to connect with peers interested in this vital policy space by organizing a variety of networking events, policy discussions with experts in the field, and workshops geared toward careers in international affairs

By organizes a variety of networking events YTN creates space for informal discussions and opportunities to establish professional contacts among professionals interested in the transatlantic relationship. 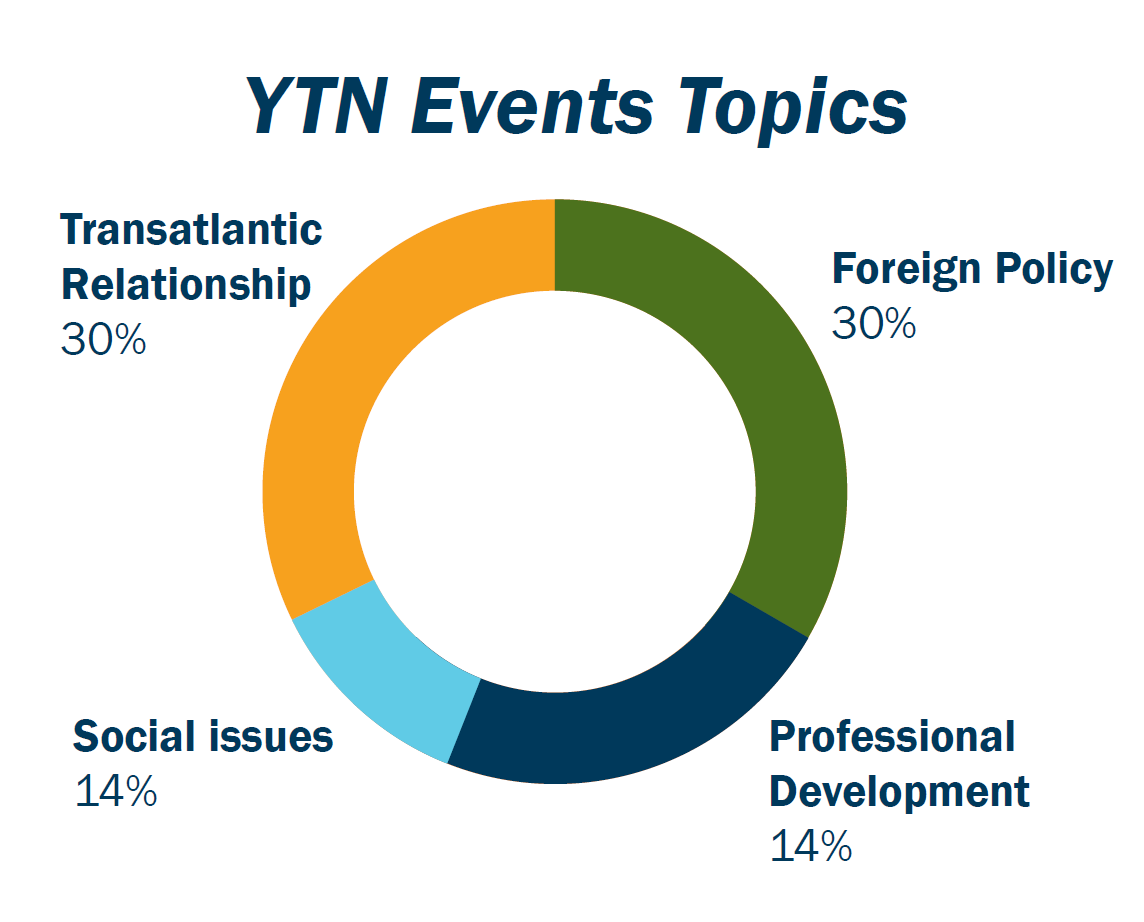 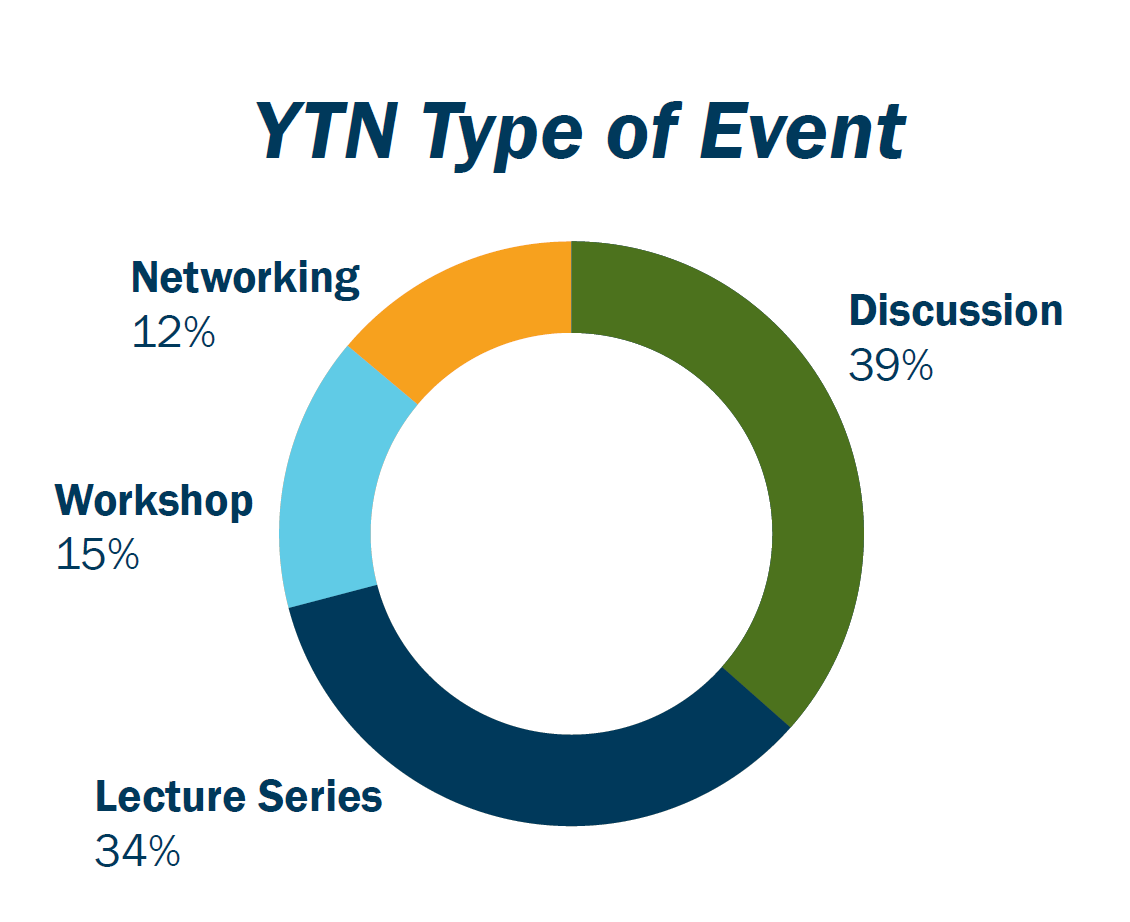 Members of all YTN chapters are also connected through social media on Facebook, LinkedIn, and Twitter (#GMFYTN). On social media, every week we feature our Tuesday Topic Series to discuss current issues in the transatlantic sphere and #FUNemploymentFridays for job listings around our network. If you'd like to join the conversation or have an interest that we have not covered at YTN events, let us know using #GMFYTN on Twitter. 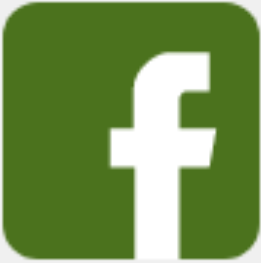 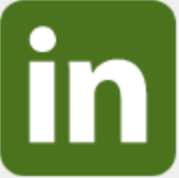 GMF's Brussels Forum: The Next Generation of Leaders Responds

Same, Same, but Different – Germany After the 2017 Elections

Navigating Your Career: How to Succeed in Foreign Policy

Same, Same, but Different – Germany After the 2017 Elections

Navigating Your Career: How to Succeed in Foreign Policy

GMF's Brussels Forum: The Next Generation of Leaders Responds

Space to Innovate? How Technology Can Drive Transatlantic Development

Revolutions of Dignity: 1989, the Arab Spring, and Ukraine