GMF hosted California Governor Jerry Brown for a public address on November 9 in Brussels to talk about the critical importance of U.S. states, cities, and private sector in leading the way on the climate agenda, and the benefits of strong transatlantic cooperation at the subnational level for meaningful climate actions and leadership.

Governor Brown's visionary leadership on renewable energy and climate change in California has served as a model for the world. Since President Donald Trump announced the U.S. withdrawal from the Paris climate agreement, U.S. states, cities, corporations, and institutions have swiftly asserted their intention to deliver on the Climate Agreement, with climate commitments, energy transition pledges, and coalition efforts such as the U.S. Climate Alliance, Under2 Coalition, and America’s Pledge initiative. In this context, the state of California has emerged as America’s front-runner on climate policy. In July 2017, Governor Brown announced that California and the city of San Francisco would host the next Global Climate Action Summit in September 2018. The summit meeting will be the first time a U.S. state has hosted an international climate change conference with the direct goal of supporting the Paris agreement.

Learn more from GMF experts about how subnational leaders are taking charge on climate: 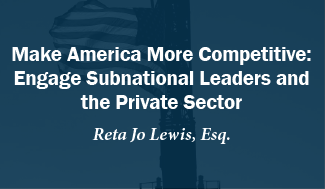 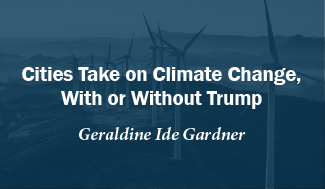 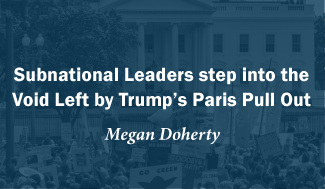 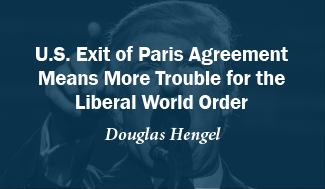 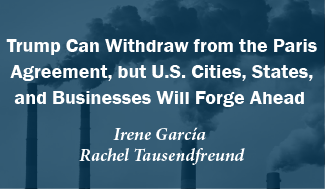 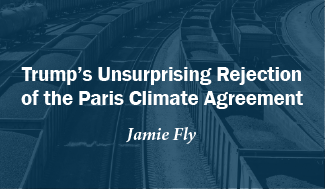