Skip to main content
Welcome to the new GMFUS website!
Learn More
Read the latest news and insights on the unfolding Russia situation from our experts.
Explore Here
of

by
Inês Santos
5 min read
Share
Photo Credit: Steve Heap / Shutterstock
Reflecting on a month in the United States, there is one word that is stuck in my mind: freedom. Never before have I heard or discussed it so many times.
Print Article 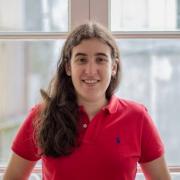