The Nightingale of Ukraine: Station Kharkiv Offers a Message of Hope

For over a decade now, Black Sea Trust for Regional Cooperation has been strengthening regional cooperation, civil society, and democratic foundations in the countries of the Black Sea region. As part of the Fast Response COVID-19 program, BST funded the NGO Kharkiv Station for its complex response to the crisis—support, on one hand, to the hospitals in the region and, on the other hand, of the families who lost their income due to the coronavirus. NGO Kharkiv Station is also among the initiators of a regional solidarity network for those affected by the pandemic.

For organizations working in the areas of interest for BST, please check Calls for Applications | The German Marshall Fund of the United States (gmfus.org).

Life felt busy and always the same. Going to work and coming home, going to work and coming home. For Alice, life in Ukraine’s second largest city, Kharkiv, was moving so fast it caught her by surprise when she learned of the deadly conflict ripping through her country’s eastern half in spring of 2014. She was having lunch with a friend when she learned of the war in Donbass and Crimea, and for her, nothing would ever be the same. “I began to listen, to read, to try to understand what I could do to help,” Alice said over Zoom. People were suffering, and they were fleeing the region with fear for their lives. They needed food and clothes and shelter, they needed guidance on what to do next, how to start their lives over, and Alice wanted to help. 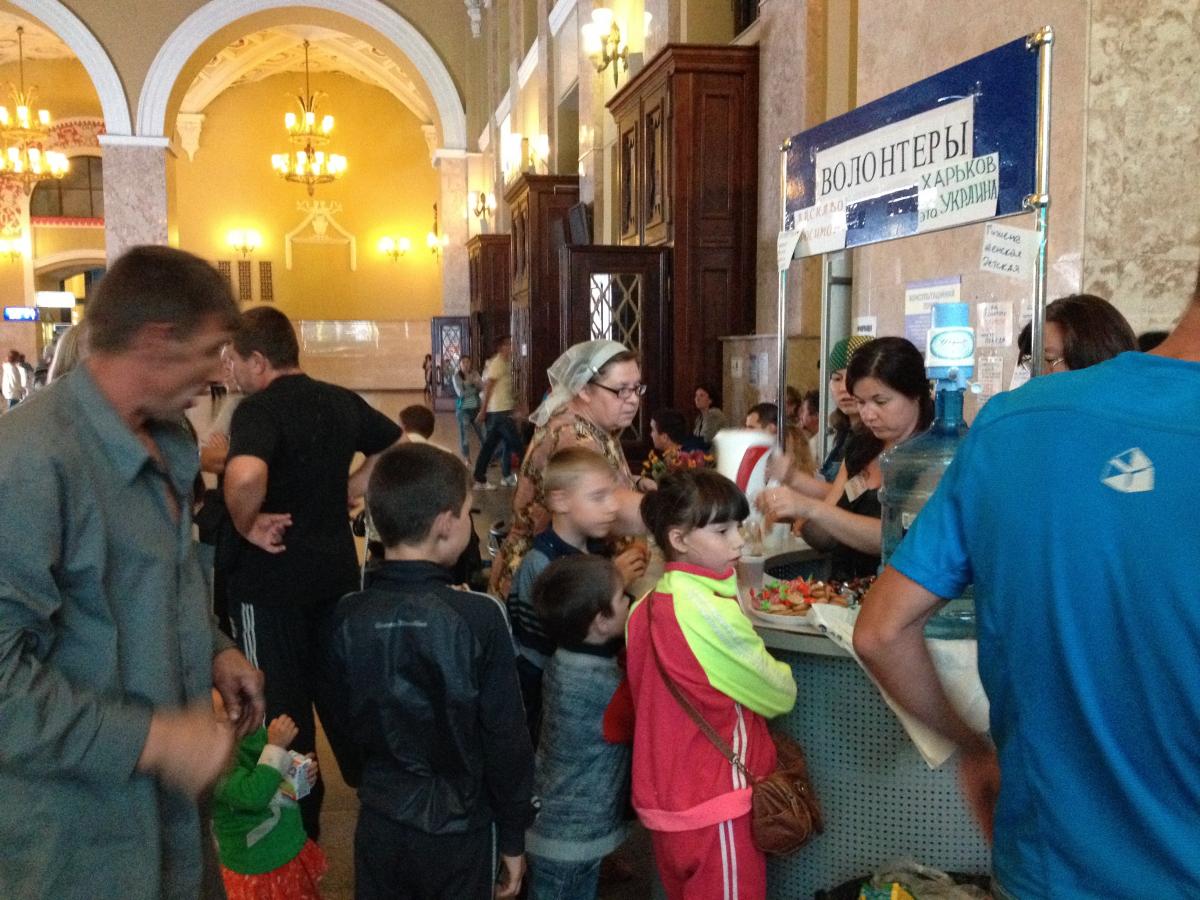 It was summer 2014, and Alice had made it a habit to check the Facebook group of a charity called Station Kharkiv she had learned about from a friend. They often posted updates on donations they needed, and today, Alice was at the charity’s office with one more set of products that she had bought. She also had hundreds of packets of dried soup she had prepared for another other volunteer point—Kharkiv railroad station, where they were set up to give immediate assistance to the refugees coming in by train without food, money, or any idea where to go next. “And if you’re going,” one of the head volunteers said, “take this money and give it to Nadya.” Alice was surprised. I could be anyone! She thought. I could take the money and run. How are they so trusting?

With a renewed sense of duty, Alice drove to Kharkiv railway station. It was near 8 p.m. by now, and the sun was getting low on the horizon. Her arms full of soup, Alice saw the woman who must be Nadya. “There was one table, two chairs, and Nadya.” Alice recreated how she remembered seeing Nadya, head in hands, exhausted. “Maybe you need some help?” Alice said to Nadya. Nadya took Alice up on her suggestion right away and introduced Alice to a refugee woman with her children and told Alice to help her with get a train ticket through a railway duty officer.

“That was the start of my new career at Station Kharkiv,” Alice said, laughing. “It has been six years.” Alice’s colleagues Helene and Yulia join in laughing on the Zoom call. They both have similar stories. “It was at different points of time, but I realize all three of us have left our permanent jobs for Station Kharkiv. Alice was a manager, Yulia was a professor of public administration, and I worked at a commercial bank,” Helene said. Now Yulia is head of the board at Station Kharkiv, Alice is deputy head of the board, and Helene is the executive director and financial manager. 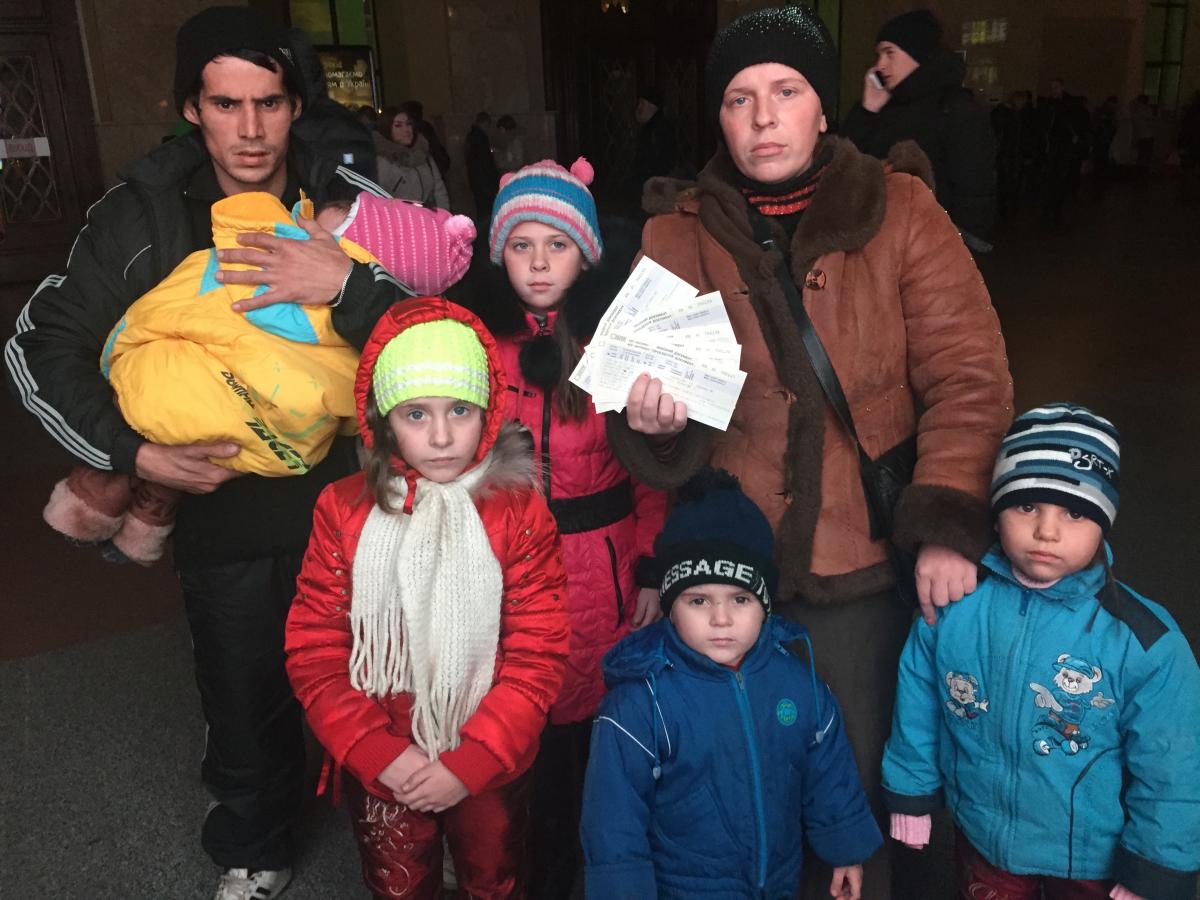 For years now, Station Kharkiv has been one of the leading volunteer organizations in Kharkiv, Ukraine and has provided charitable assistance to over 100,000 internal refugees. Families were torn from their homes and left wondering where to go next and how to get there, and in many more ways than one. Where will they live? What is their next meal? How will they care for their children? Why did this happen? Station Kharkiv was their next stop, both physically at the Kharkiv railroad station, where the charity provided humanitarian aid and informational support, and otherwise at their main office, where volunteers provided legal assistance, employment and childcare resources, shelter, and psychological services. Their work has led them to their registration as both a renown charitable foundation and an NGO. Since their foundation they have been included in state decision making on policy for internally displaced people and in 2016 they received recognition by Refugees International for their outstanding work.

Lately they’ve adapted to the age of the coronavirus. “When a problem arises, the need for humanitarian aid rises,” said Helene. When the pandemic started, hospitals in Kharkiv were not ready, and vulnerable families suffered due to lockdowns and little assistance from authorities. Station Kharkiv quickly began providing personal protective equipment to hospitals and food assistance to local families who lost their sources of income due to quarantine measures or illness. 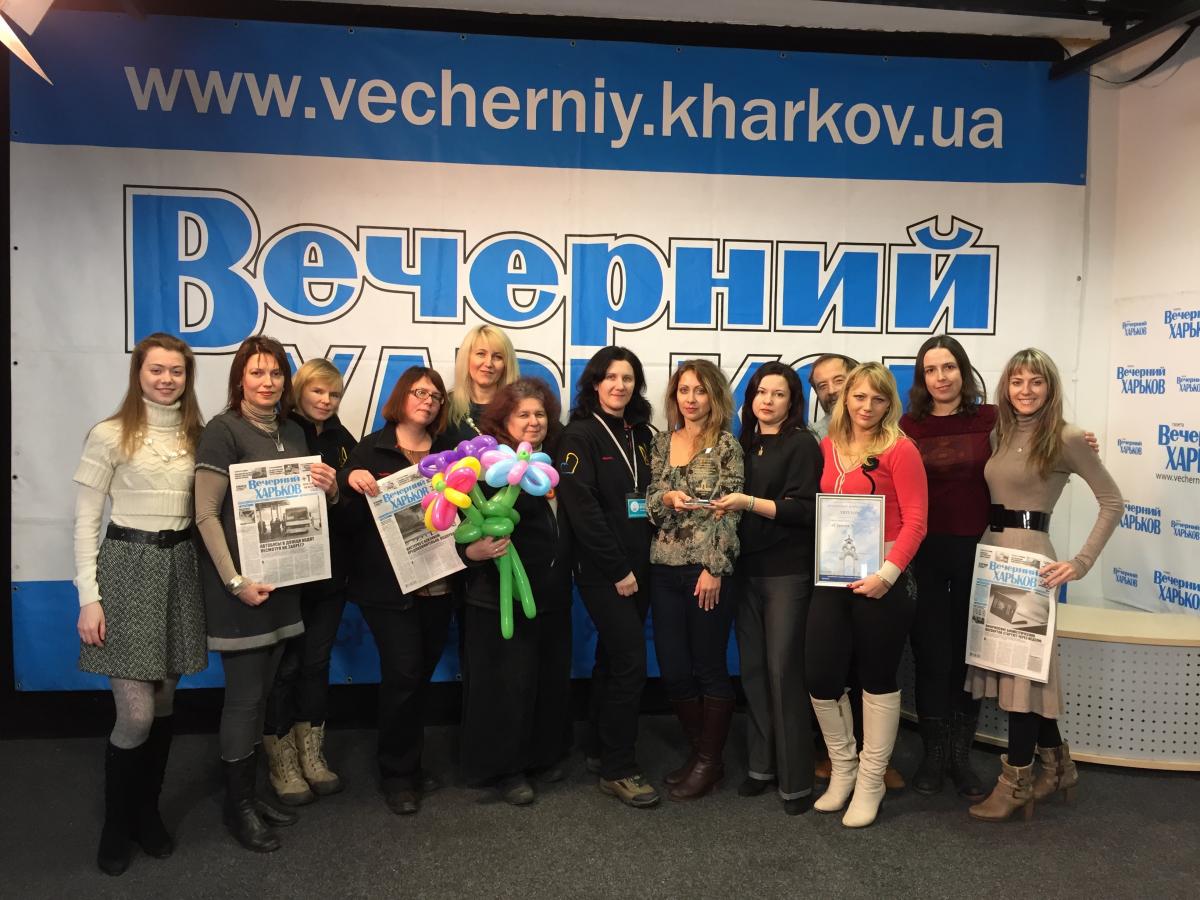 On a personal level, Helene, Alice, and Yulia feel the strains of not being able to see each other in person during the coronavirus, too. “We’re great friends,” Helene said, reminiscing about being able to meet up with her team for a cup of coffee. “We are not co-workers. We really are a big family.” Yulia makes a joke and she and Helene and Alice burst into a fit of laughter. “It’s more than just us three making up the big family,” Alice translates, explaining how the volunteers are in the dozens. And it is a family that continues to grow, as volunteers like Alice learn about those who need help and cannot sit idly by. Station Kharkiv is proud of the work it does, and the people its volunteers have helped when they needed it most. Some of those people even come back to Station Kharkiv years after they received help, asking how they can return the kindness and support they found from the organization.

Station Kharkiv hopes to continue adapting to the hardships faced by their community and providing much needed humanitarian assistance. But they are also looking deeper, asking what makes people vulnerable to suffering and workshopping how it can be prevented. “We’ve come to understand through our work the root of many problems is systemic,” Helene and Yulia said. And so Station Kharkiv will press on with their work, the future of which will include systemic solutions, including strengthening democracy, trust, honesty, and dialogue in Ukraine.