Trump Does Brussels: The U.S. President’s First Visit to the European Capital

President Trump is visiting Brussels on Wednesday and Thursday, and policymakers here have reason to be afraid. President Trump called the European capitol a “hell-hole” and NATO “obsolete” during the campaign. Even after the election, Trump advocated for states to leave the EU. Only in the last few weeks has the United States adopted a less inflammatory tone to its closest partners. This city’s institutions would like to keep it that way.

From NATO to the EU, policymakers are hoping for the same thing: no news. No shocking tweets. No grand policy announcements. Just a series of respectfully dull handshakes, please.

The schedule alone spells trouble for Brussels. The city is the second-to-last stop on Trump’s first foreign trip: nine days, five countries, and meetings with many skeptical foreign leaders. At best, the president will arrive in the city exhausted. At worst, jet lag and Washington scandals could spill over into mercurial statements, diplomatic snubs, and even the renunciation of transatlantic partnership.

President Trump could use his meetings in Brussels to start fresh with leaders and institutions he has rejected. But that will depend on the president’s temperament. At a lunch with French President Emmanuel Macron, will Trump be able to forge a relationship with a man he felt was not the “strongest” on terrorism? As Trump meets the leaders of the EU institutions, will he again frame Europeans as America’s competitors, not friends? And at NATO, will the president bless not only the new headquarters but fully buy into the institution itself?

GMF breaks down what is at stake in the U.S. President’s first visit to the heart of Europe. 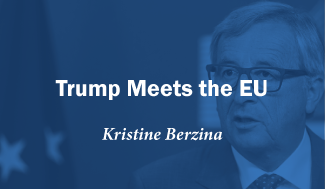 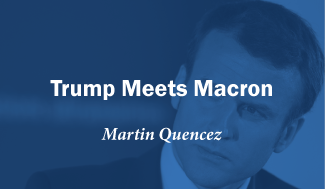 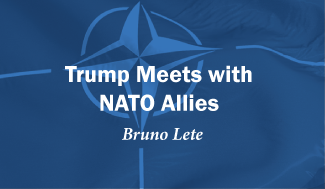