On October 3, Germany will mark the reunion of the German Democratic Republic (East Germany) and the Federal Republic of Germany (West Germany), divided for 45 years since the end of the World War II. In light of this year's 30th anniversary, we asked GMF experts and colleagues to share their memories from 1990, their hopes and fears for the unified Germany, and what divisions exist today.

In 1990 I zig zagged East Germany and Central Eastern Europe in order to get to know the landscapes, countries, and peoples that had been sealed off behind the iron curtain. “Everything is possible” was the mood of the year. I’m not sure I have experienced such optimism ever since. When a new age starts, it may arrive slowly, and the changes are so gradual that you do not notice their gravity. In 1990, that was different. The new age announced itself with a big bang that was impossible to miss. 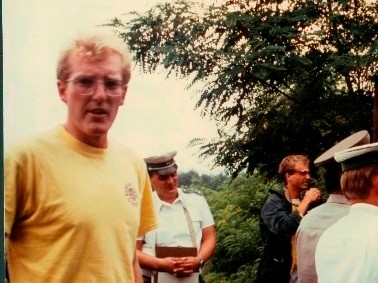 My hope was all about freedom and opportunity for a part of the German people who had had the bad luck of waking up on the wrong side of the iron curtain one day. My fear was that Germans might squander the moment. Luckily, with good leadership and a solidly liberal democratic mindset they have not.

“East” and “west” is not a category that young Germans think about. That’s ancient history for them. But that is different for older people. Some still feel they are second class citizens. What needs to happen, even 30 years later, is to finally close the representation gap: More inclusion means more East Germans as CEOs, university presidents, medical directors of hospitals, etc. More diversity means respecting and representing East Germans’ more conservative views better.

First of all it was a mixture of feelings: disbelief, astonishment, fear, sorrows about the future, but also hope, great expectations, and curiosity. As a teenager at the age of fourteen I remember clearly that my parents struggled to find their “new place” in society and that a feeling of uncertainty was very present in our daily life for a long time. Pretty soon they also got the impression that many good things that existed in former Eastern Germany were abolished and did not count any more, which was very disappointing for them. 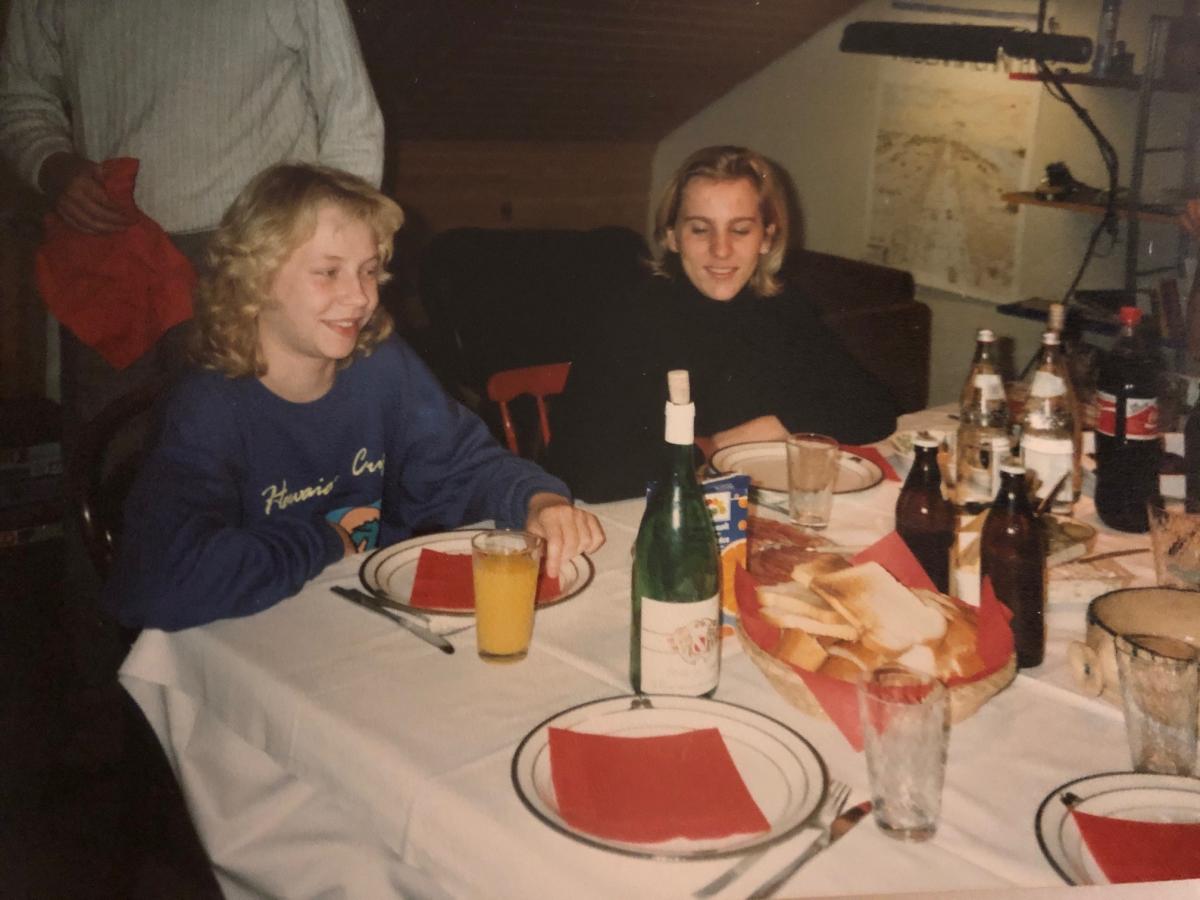 As a teenager I could adapt very quickly to the new circumstances, which basically meant a different school life and making new friends. I clearly saw the chances, the unification offered to young people and was very willing to take them. I decided to study and become engaged in politics. I wanted to live abroad for a certain time and finally spend some time in Canada, and I enjoyed the freedom of travelling.

I still see divisions in terms of payment and less chances for East Germans achieving leading positions, fact surveys regularly proof. Here, it is the task of politics to find ways to overcome these divisions. The role of women is still more traditional in Western Germany, more progressive in Eastern Germany. And finally there is still a need for more mutual understanding and respect for different life experiences and biographies. I am pretty optimistic that the next generations will not perceive these divisions any more.

Indeed, even after 30 years, reunification is not finished yet. Major differences have remained in the social field, which is for me the most urgent field of action. We can’t just wait for more integration to happen without any action, but have to reduce the pressure of competition and get rid of the dog-eat-dog-mentality of the 1990s. 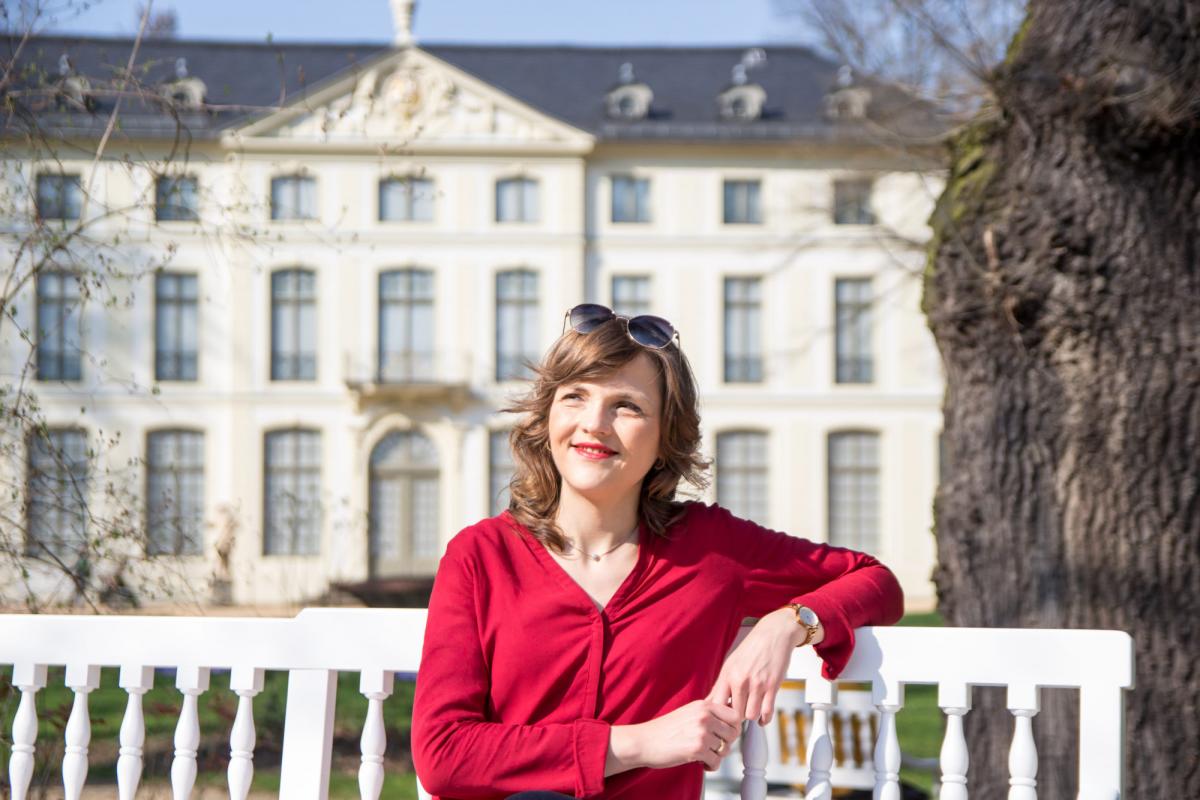 Even though the rate of employment has increased in the East, Eastern salaries are still lower than in West Germany. Our citizens therefore feel like second class citizens or fear the loss of their jobs due to structures changes resulting from digitalization and climate protection. We need a comprehensive reform of our social system.

To sum up: Together, we have to consider the experiences made after 1990 and engage in public discussions in order to acknowledge the life-time achievement of our fellow citizens in the East. 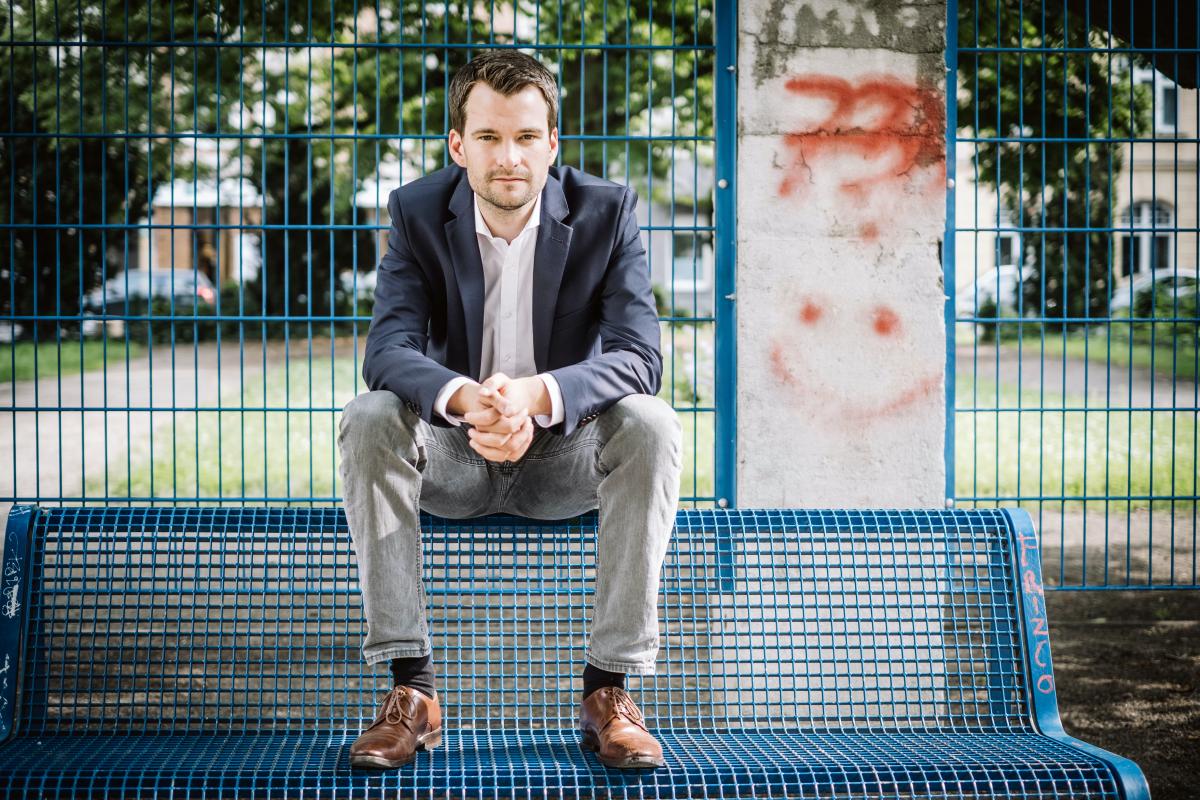 In 1990 I was just eight years old, so I wasn't really politicized. My political interest started with the beginnings of globalization, the genocide in Rwanda and of course 9/11.

Even while we still see socio-demographic differences between East and West Germany, one of the most decisive dividing lines runs through the minds of people all over Germany. The line of conflict between Hope and Fear. We must tackle this division politically as a task for society as a whole in the coming years. Of course, reunification must also be reflected in other factors—such as representation in leadership positions. 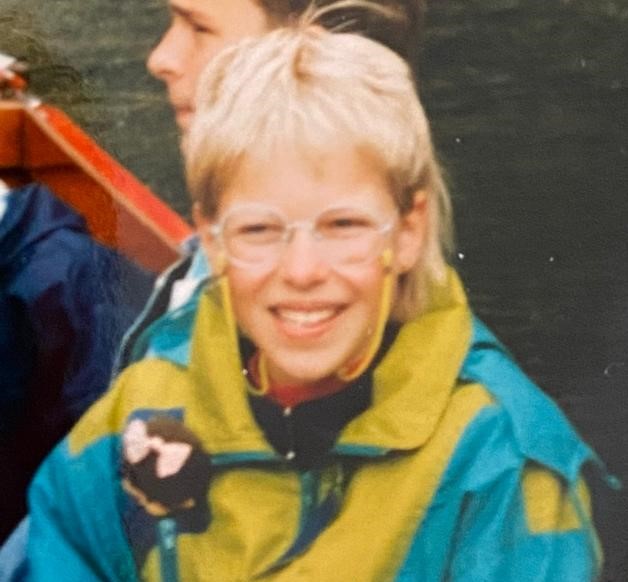 I was 12 years old in 1990 and was actually on vacation with some of my girlfriends on October 3rd. I remember how we all gathered around the radio to listen to the speeches that then Chancellor Helmut Kohl and others were giving. At that time, I did not have any big thoughts about what this all meant for Germany. I just remember that there was a general feeling of excitement and a sense that we can all feel proud of this new Germany.

Louise Amtsberg, Member of the German Bundestag, Alliance 90/The Greens

I started school that year and I still remember the atmosphere very clearly. I somehow felt in between: Between old teachers with old textbooks and the new era they had to teach in or between loyal parents mourning the old system and those who celebrates their newly won democratic freedoms. 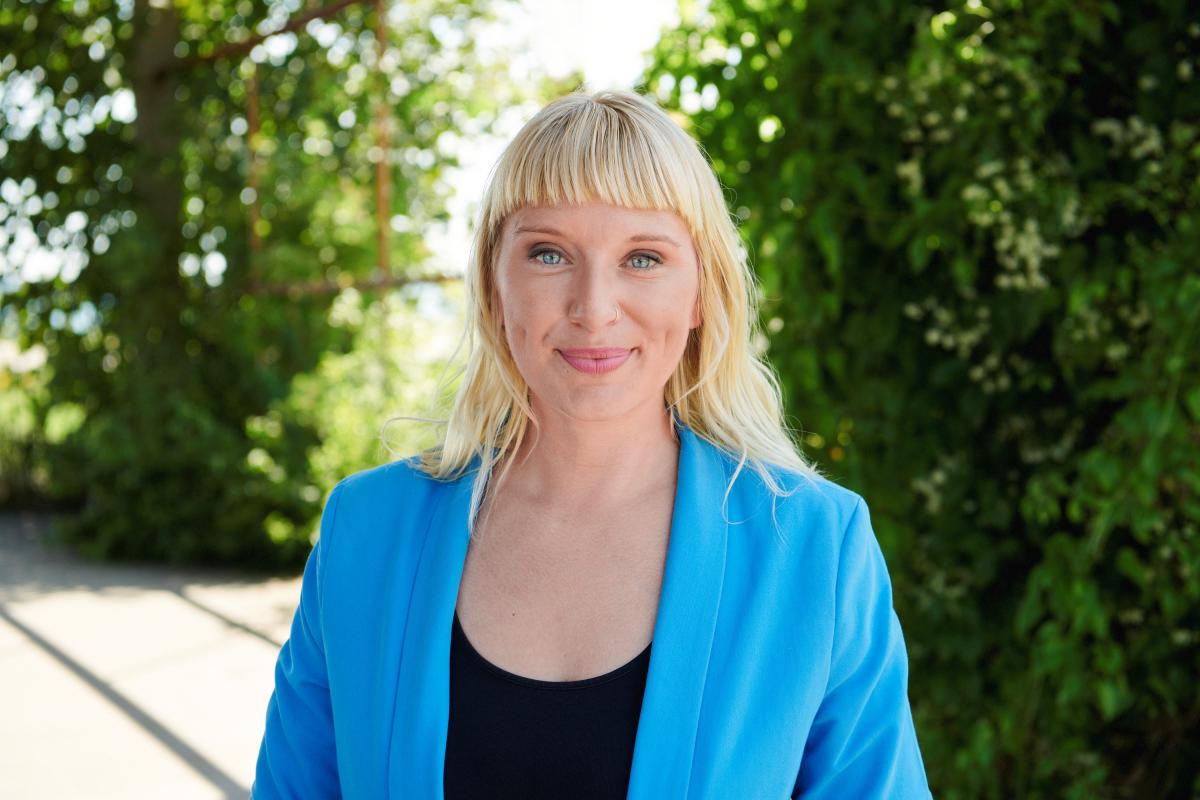 Back then, I was only 6 years old and had no concrete idea about the historical upheavals of this time. But especially with my parents, I felt that something was changing. My dad was imprisoned in the Stasi prison in Bautzen for a few years—I think above all I wanted my parents to be happy in this "new" Germany.

Angela Merkel is right. Equal living conditions between West and East Germany is a constitutional principle but unfortunately far from a reality. Changing this is a political task. But the political level alone won't achieve real change. In the first place we need, a different culture of discussion. Especially in times when our democratic system is under pressure, we need the life experience of East Germans—of those people who had to fight for democracy and who know what its loss would mean. 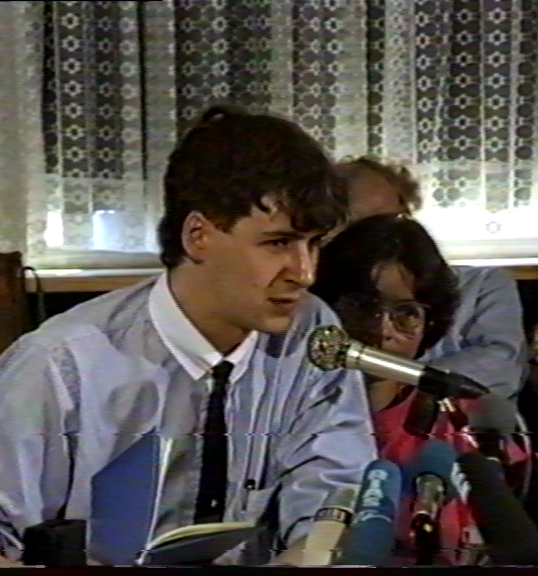 An incredibly dynamic and exciting time with thousands committed to the common good, lively debates about politics and the society as such, and multi-partisan actions to face the challenges.

The hope was that the East Germans could benefit from the political, economic, and social components of a free democratic country established in the west and that the Germans could become one nation and people soon. At the same time, I feared that unification could mean only adapting to the west and that the experiences of the east would be disregarded. It was important for me that the (East) Germans would have the opportunity to cope with the past, with injustice, authoritarian structures, political suppression, and that those who were responsible would be made responsible.

Regional differences are common in every country, and Germany is no exception. But even 30 years after reunification there are still differences between the East and West rooted in the German separation: Different wage levels or trust in politics and political parties due to experiences in the East and disappointments in the early 90s when millions lost their jobs, religious affiliations, and the willingness to engage in (local) politics or associations.

An ongoing dialogue and positive experiences of a functioning public life are important. And, by the way, the younger the generation, the smaller the differences are.